Egyptian Archaeologists Unearth Hundreds of Coins Just Behind the Temple of Esna September 20, 2022

Perched on the west bank of the Nile river, just 55km south of Luxor, the 2,000-year-old Temple of Esna continues to dazzle visitors with a hall of 24 pillars beautifully adorned with lotus-leaf capitals, each one unique in design. The walls are covered with reliefs of Ptolemaic and Roman Emperors dressed in Pharaoh costumes and the roof is decorated with astronomical representations, including the Dog Star, Orion's Belt and Alpha Draconis. 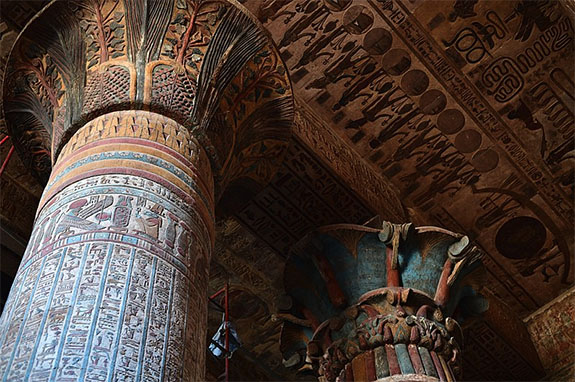 Just behind the majestic edifice, which is also known as the Temple of Khnum, a team of researchers from Egypt's Supreme Council for Archaeology recently unearthed a cache of hundreds of silver, gold, bronze and copper coins minted throughout 600-plus years of the Islamic era, starting in 610 A.D. and ending in 1258 A.D. 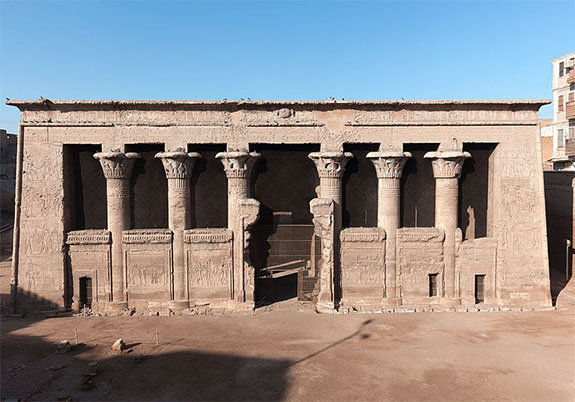 During the year-long excavation, the researchers cataloged 286 gold and silver coins dating back to the eras of 19 kings and sultans. They also found "foreign" currency linked to the era of King Levon II of Armenia (1150 - 1219 A.D.), along with bronze and copper coins from the Ottoman era, which dates back to the end of the 13th century A.D. 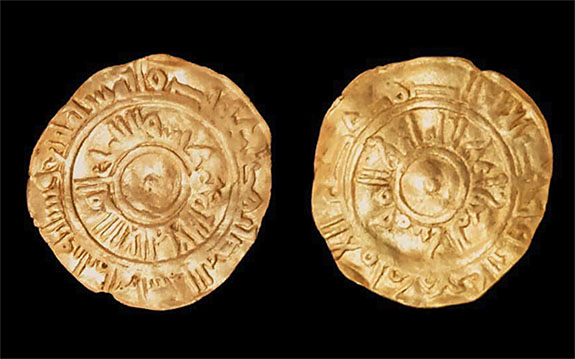 The ancient Egyptians minted dirhams and half dirhams, and interestingly, the dirham is the monetary unit still used in Morocco and the United Arab Emirates. 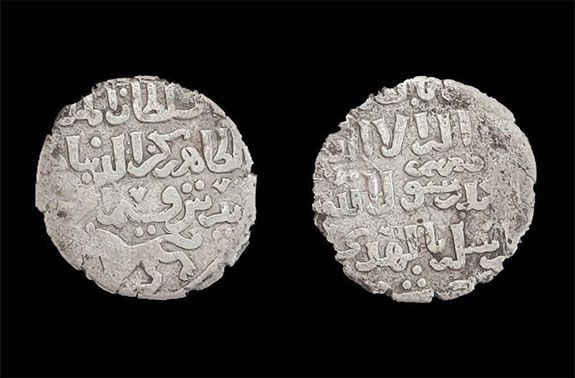 Molds and weights related to the minting process were also discovered hidden behind the temple, according to a translated statement published on the Egyptian Ministry of Tourism and Antiquities' Facebook page.

The researchers are continuing to unravel the Temple of Esna's mysteries, including why the valuable hoard of coins was abandoned. With digging still in progress, Dr. Mustafa Waziri, secretary general of Egypt's Supreme Council of Antiquities, expects there is more treasure still waiting to be found.