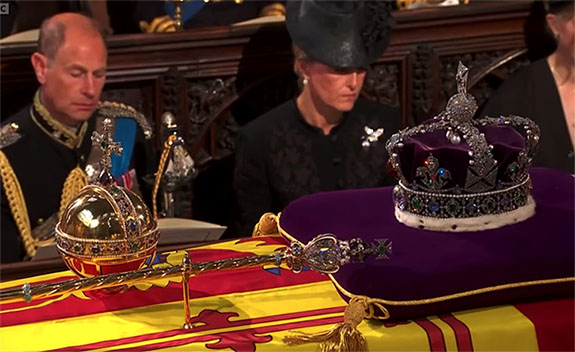 Rarely seen in public, these items from the British royal family's crown jewels rode atop the Queen's coffin during the long procession from Westminster Abbey to St. George's chapel at Windsor Castle.

The royal family took extra precautions to make certain that the three priceless pieces were "expertly fastened" to the coffin to prevent them from falling and becoming damaged as they had been in the past, according to people.com. 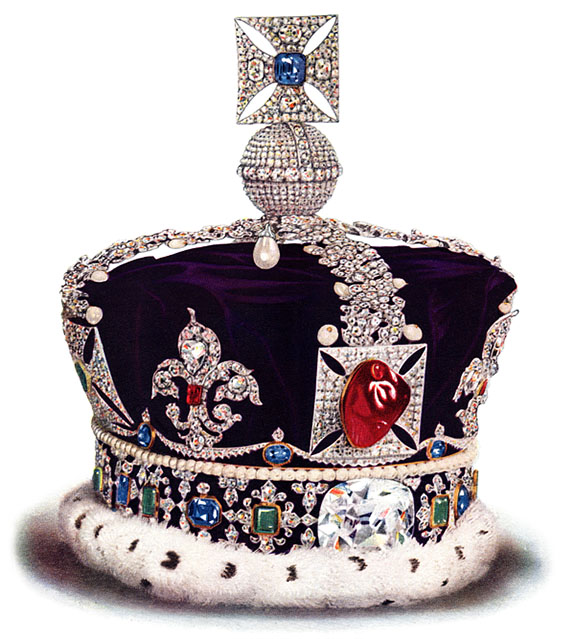 Back in 1845, the prized crown, which reportedly weighs more than 5 pounds, slipped off a cushion held by Lord John Campbell, the Duke of Argyll, as he carried it to Queen Victoria amid the State Opening of Parliament, according to Express UK.

Queen Victoria recorded the incident in her dairy, writing that the crown was "all crushed and squashed like a pudding that had sat down." She also took a swipe at the Duke of Argyll, stating that the crown "was too heavy" for him to carry.

Ninety-one years later in 1936, the same crown was at the center of another mishap when the diamond-encrusted orb and cross at the top of the headpiece snapped off and landed in the street as the coffin of King George V was being moved from King's Cross station, according to an account in The Guardian.

The Imperial State Crown is encrusted with more than 3,000 gemstones, including the Second Great Star of Africa (Cullinan II), a 317-carat diamond that was the second-largest cut from the 3,106-carat Cullinan Diamond. 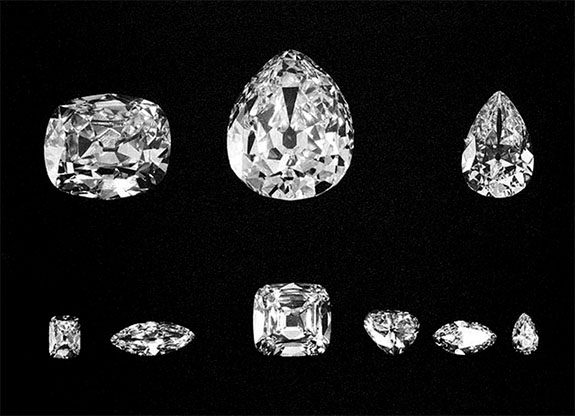 Discovered in 1905, the rough stone weighed a staggering 621 grams (1.37 pounds) and measured 98mm (3.85 inches) long, 57mm wide and 67mm tall. Thomas Cullinan, then chairman of the Premier Mine in South Africa, sold the diamond to the Transvaal provincial government, which, in turn, presented the stone to Britain’s King Edward VII as a birthday gift in 1907.

In February 1908, Joseph Asscher & Co. was assigned the task of cutting the Cullinan Diamond into nine major finished stones, each of which was given the name Cullinan and a Roman numeral. 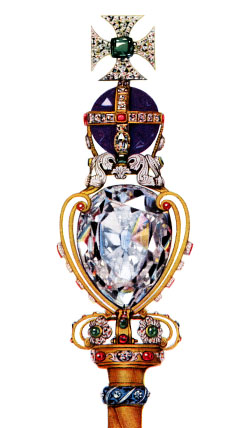 The largest of the Cullinan gems, the Great Star of Africa (Cullinan I), weighs 530.4 carats and is set atop the Sovereign's Sceptre, which was originally created for Charles II and has been used at every coronation since 1661. 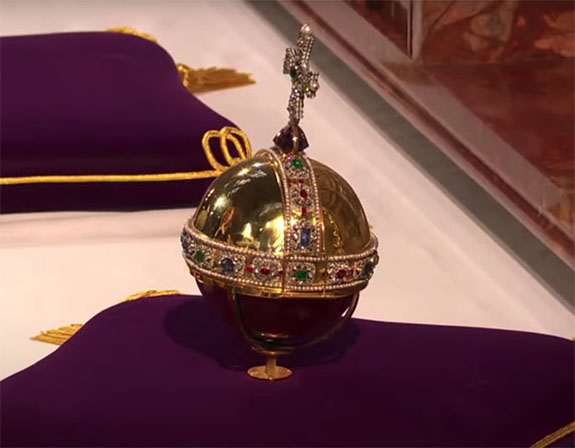 Also dating back to 1661 is the Sovereign's Orb, a hollow gold sphere rimmed with more than 600 precious stones, including 30 rubies and 12 diamonds. The orb symbolizes the Earth and conveys the message that the British monarch's power is derived from God.