Millennial shoppers will have diamond jewelry on their minds this holiday season thanks, in part, to a huge marketing push by the De Beers Group, which is set to spend $140 million by the end of the year. The budget is its biggest since 2008. 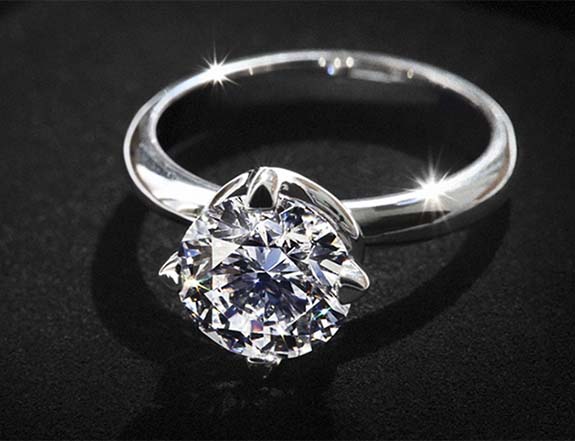 For those of you unfamiliar with De Beers, these are the same folks who introduced the world to "A Diamond Is Forever," a slogan penned by Frances Gerety, an NW Ayer copywriter, in 1947. That four-word tagline has inspired literature, music, a James Bond flick, and earned the title of the best advertising slogan of the 20th century by Advertising Age magazine.

Today, the De Beers Group has grown into an international powerhouse representing the interests of diamond exploration, diamond mining, diamond retail, diamond trading and diamond manufacturing. Among its many responsibilities is elevating the position of diamonds in the hyper-competitive luxury goods market.

“Total consumer expenditure on diamond jewelry for the last five years collectively has been the highest on record – and the outlook is positive," said Stephen Lussier, De Beers Group’s Executive Vice President of Marketing. "However, we cannot take future growth for granted."

The $140 million budget will be used to boost diamond jewelry demand in leading global markets, with the biggest allocations earmarked for the U.S., China and India. De Beers will continue to be laser focused on the emerging millennial generation — those born between 1982–2004.

“Increasing our spend from a strong position will help support continued demand in both mature and developing markets, particularly among millennials, who are already the largest group of diamond consumers despite this generation not having yet reached its maximum earning potential,” Lussier added.

The Diamond Producers Association, which is responsible for the "Real Is Rare. Real Is a Diamond" TV commercials, has seen its 2017 budget quadruple, compared to 2016.

“When evaluating luxury purchases, [millennials] seek items that are genuine, unique and not mass-produced, and have inherent meaning and value,” said Deborah Marquardt, the DPA’s Chief Marketing Officer. “This preference speaks directly to the diamond promise — in an increasingly artificial world, diamonds remain authentic, rare and precious.”

According to bloomberg.com, the U.S. accounts for more than half of the world’s diamond purchases. Diamond sales in the U.S. reached $41 billion in 2016, an increase of 4.4% compared to 2015.