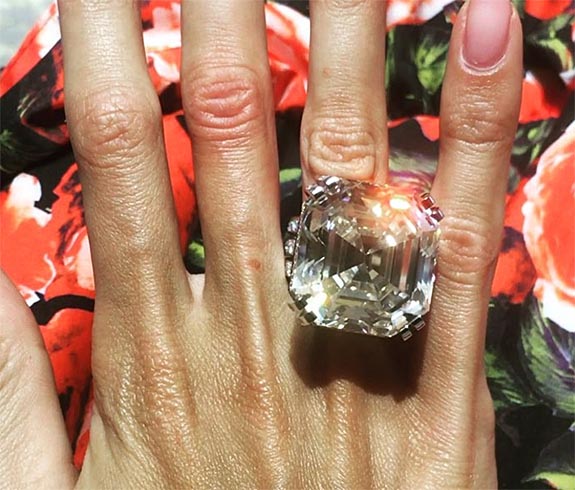 For those of you keeping score at home, the diamond alone weighs more than a quarter of a pound.

Shapovalov told Cosmopolitan Russia that the 33-carat, D-flawless, Asscher-cut Krupp Diamond that actor Richard Burton famously purchased for his wife, Elizabeth Taylor, in 1968 was not big enough for his new bride. 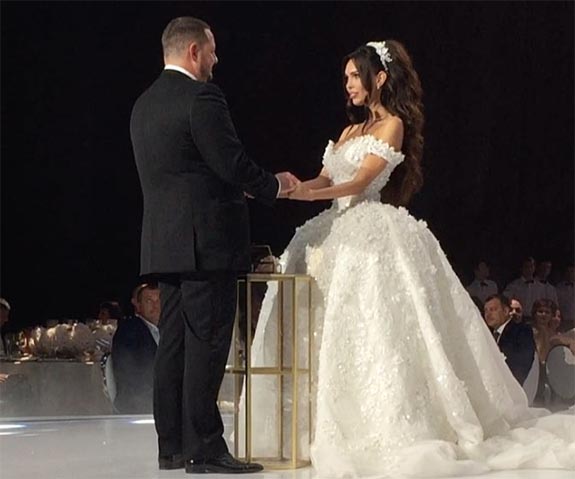 Translated from Russian, she wrote, "My husband is never too stingy to buy me presents. Now he made a decision that a 30-carat ring is not enough for me."

An Asscher-cut diamond is sometimes described as a "square emerald-cut diamond." The gem has cropped corners and is step-cut, which means that the facets are rectangular and appear to be descending into the stone. The Asscher cut was developed in 1902 by the Asscher Brothers of Holland.

Even though the oligarch and the model have been together for five years and have two children together, Shapovalov decided to finally seal the deal last week at the $644-per-night Barvikha Luxury Village Hotel in Moscow.

Guests marveled at one of the most lavish ceremonies ever seen. Inside a ballroom decorated with thousands of white flowers and glittering chandeliers, they danced to live performances by Russian singer Polina Gagarin and rock band Leningrad.

The couple travels frequently between Russia and Dubai.