Today, the Great American Eclipse will be visible to nearly everybody in North America, but those of us lucky enough to be viewing from a narrow path that runs from Salem, Ore., to Charleston, S.C., will experience a total solar eclipse and a bonus phenomenon called the “Diamond Ring Effect.” 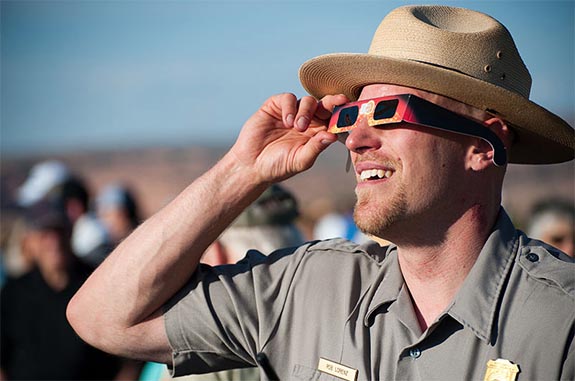 During a total solar eclipse, the moon aligns itself precisely between the sun and Earth. Sunlight gets blocked out and a 68-mile-wide shadow of the moon (also called its umbra) gets cast upon the Earth, resulting in total darkness for about 2 1/2 minutes. The Diamond Ring Effect occurs in the instant right before the total solar eclipse and in the moment just after. 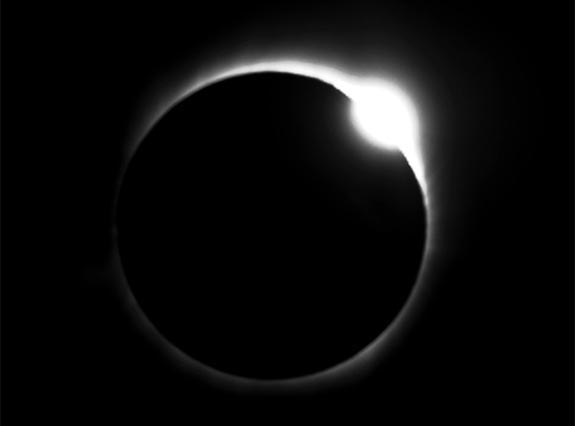 Francis Baily in 1836 surmised that the Diamond Ring Effect owed its magic to the rugged surface of the moon. As the moon slowly grazes past the sun, tiny beads of sunlight, now called Baily’s Beads, can shine through in some places and not in others. When only one single point of sunlight remains, the burst bears a remarkable resemblance to a diamond, and the halo of the sun still visible behind the moon looks like a ring.

NASA also noted that more than a century earlier, English astronomer Sir Edmond Halley (who discovered Halley’s Comet) also gave a correct explanation of the Diamond Ring Effect during an eclipse of 1715. 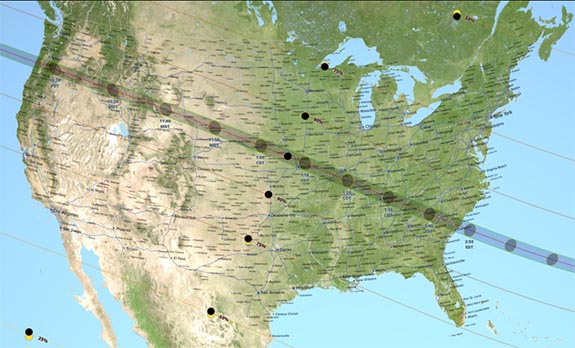 The moon's shadow will race across the continental U.S. at speeds ranging from 2,410 mph in western Oregon to 1,502 mph in Charleston. That means that the Diamond Ring Effect should be visible starting in Oregon at about 10:15 a.m. PST and ending in South Carolina at about 2:48 pm EDT. The duration of the 3,000-mile, coast-to-coast celestial show will be about 90 minutes.

Viewers in the path of the total solar eclipse can expect temperatures to plunge by as much as 20 degrees.

Those not living in the direct path of the total solar eclipse will still see a partial eclipse, which resembles a crescent moon, but in this case it's a crescent sun. New York City dwellers, for instance, will see 70% of the sun covered by the moon.

We can not overemphasize the importance of utilizing proper solar glasses or filters when viewing the Great American Eclipse. Solar eclipse eye safety is reviewed at NASA's website here...

Don't miss the Great American Eclipse of 2017. The next total solar eclipse will take place in North America on April 8, 2024.