When Ohio teenager Jim Biehl misplaced his brand new Parma Senior High School class ring 30 years ago on a church trip that oddly stopped overnight in Parma, Mich., the 17-year-old was hardly emotional about the loss. He called it a "stupid little ring." 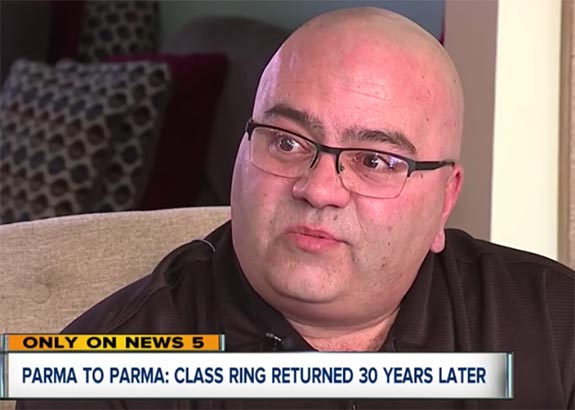 "I woke up one morning to move on to the next destination of our trip, the next leg, and couldn't find it," Biehl told News 5 Cleveland. "Hadn't seen hide nor hair of it since then."

Risner had found Biehl's class ring 30 years ago, but was never able to locate the rightful owner. She searched on and off for decades, but always seemed to run into a road block. 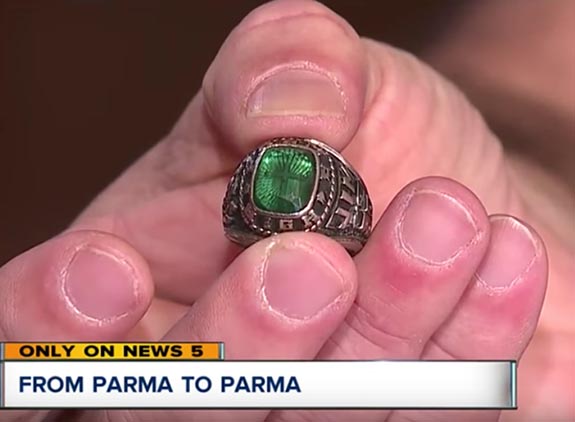 The Good Samaritan posted a message to the alumni page saying that she found a 1989 class ring inscribed with the name Jim Biehl. She also included her phone number and email address. Biehl responded to Risner and his ring was soon in the mail — from Parma to Parma.

Days later, a news crew from Cleveland's ABC affiliate was on hand when Biehl opened the package. 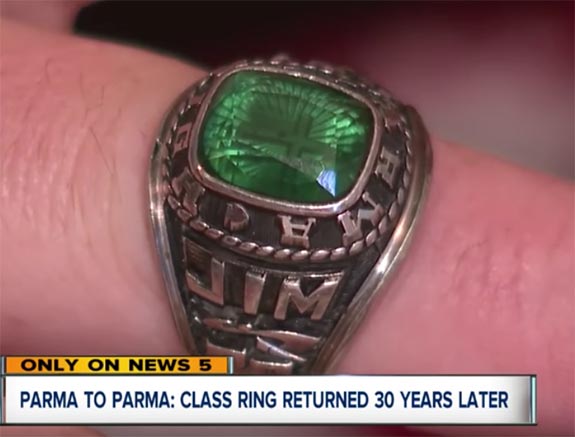 "Holy cow," Biehl said as he viewed the ring for the first time in 30 years.

But, then he explained why he's since gained a new appreciation for the jewelry. 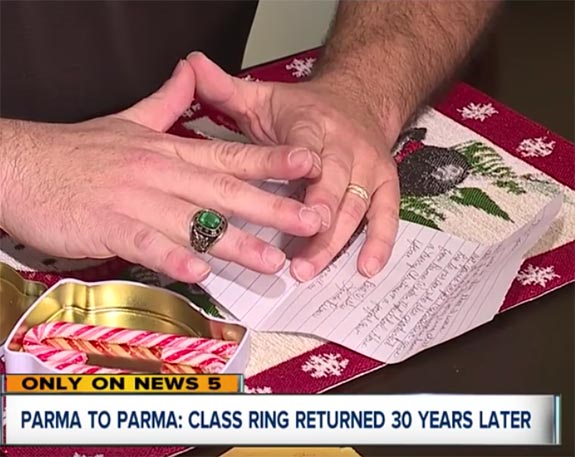 "In her note to me, she said her husband had given his high school ring to their son and kind of passed it on. It got me thinking, 'It's not a stupid little piece of jewelry. It's something I can pass on to my kids when my time is long and done,'" he said.

He said that he plans to have his "unexpected Christmas gift" resized so he can wear it from time to time as a reminder of his roots and as a symbol of the good people in the world.

"The only thing I can say is, 'Thank you,'" he said. "And it doesn't even seem to scratch the surface of being able to show the proper amount of gratitude."
See the full segment from News 5 Cleveland, below...