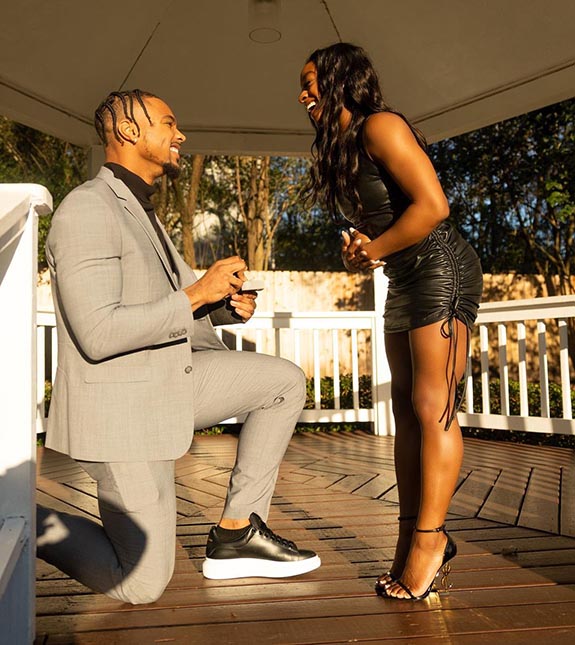 On Tuesday, the seven-time Olympic medal winner announced the big news on her Instagram account with a series of proposal photos and a caption that read, "THE EASIEST YES. I can’t wait to spend forever & ever with you, you’re everything I dreamed of and more! let’s get married FIANCÉ."

The photo series included a closeup shot of her new engagement ring, which was described by Houston-based designer ZoFrost as a 3-carat diamond with F color and VVS2 clarity. The center stone is prong-set on a three-row, micro-pavé diamond band. 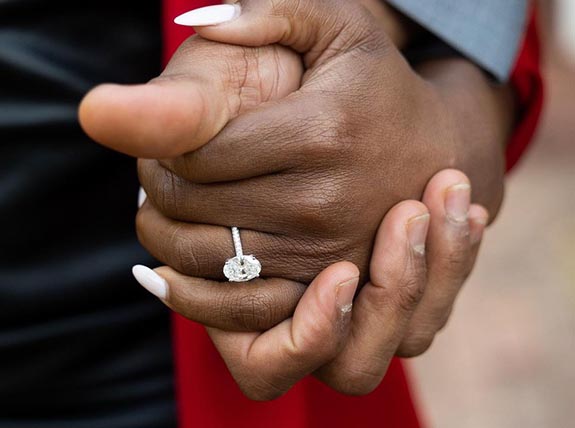 The designer told DailyMail.com that the diamond was handpicked by Owens, and pointed out that the 26-year-old NFL standout "wanted to add a special touch to the ring by adding a halo around the oval diamond." 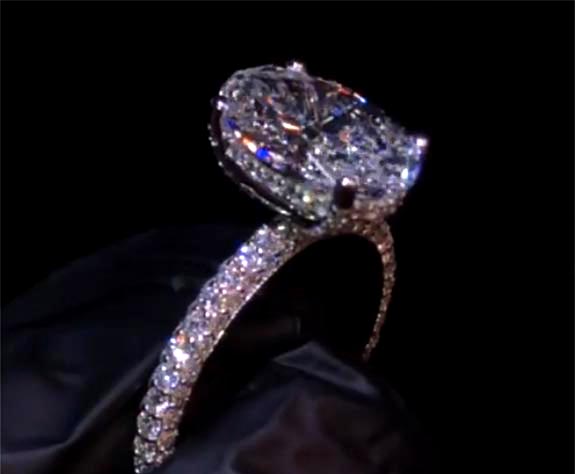 A short video of the ring reveals the unique diamond halo, which wraps around the diamond and can be seen on a profile view, but is hidden when looking at the stone from the top-down.

On Wednesday, the 24-year-old Biles shared her super-charged emotional state with her 6.9 million Instagram followers.

In an Instagram Story punctuated by heart and crying emojis, Biles wrote that she was still on cloud nine and in complete shock.

"Had to fly out yesterday morning to LA for some work," she wrote. "Missing @jowens_3 so much. Can't wait to properly celebrate and take in the moment to breathe. Thanks to every who reached out to congratulate us. We are over the moon!"

When Biles first announced the engagement on Tuesday morning, celebrity sites quickly jumped on the story with wildly overblown "expert" assumptions about the weight of her center stone. Many pundits had pegged the size in the range of 7 to 9 carats, which would have been unusually disproportional for the gymnast who stands 4' 8", weighs 104 lbs and has delicate, small hands.

Biles and Owens have been dating for about two years. According to the Wall Street Journal, Biles made the first move via social media.

"He would say I slid into his DMs," Biles told the publication. "I saw him and I was like, 'Oh, he's pretty cute,' so I said hi… and then I saw that he was in the Houston area, so we started chatting a little bit, and then we went to hang out a week or two later."

Owens told Texas Monthly, “This was a match made in heaven. There’s no better person for me. She loves me, she’s so affectionate. I just love that. And it’s just intoxicating seeing how much work she puts into everything.”