Welcome to another Christmas Edition of Music Friday when bring you fun songs with jewelry, gemstones or precious metals in the title or lyrics. Today, we present Bob Hope and Marilyn Maxwell singing the original 1951 version of “Silver Bells,” a holiday favorite that was nearly scrapped, according to songwriter Ray Evans. 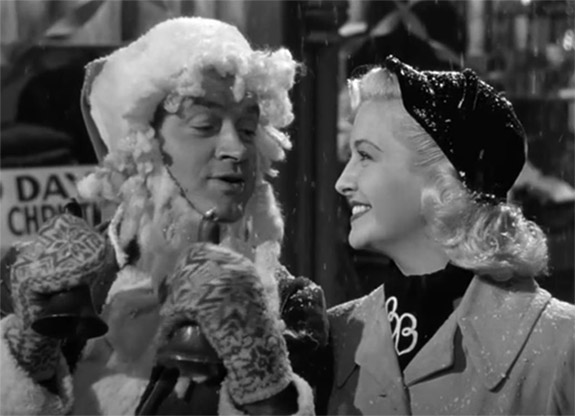 A 91-year-old Evans revealed to NPR’s radio audience in 2006 the “stupid, stupid” backstory of “Silver Bells” and its first, off-putting incarnation — “Tinkle Bell.”

Evans and his writing partner, Jay Livingston, were under contract for Paramount Studios when they were assigned to write a Christmas song for The Lemon Drop Kid, a comedy starring Bob Hope. Evans and Livingston believed the world already had too many Christmas songs and were underwhelmed with the task at hand.

Sitting at facing desks in a shared office, the pair was inspired by a little bell that sat on one of the desks.

“We said, ‘Ahh, there’s our theme for Christmas. The bell makes a tinkly sound when it rings,’” Evans remembered. “We’ll call the song ‘Tinkle Bell.’”

When Livingston told his wife about the new song, she was astonished by the writing team's stupidity.

“Tinkle bell? Are you out of you mind?” Livingston’s wife said. “You can’t write a Christmas song with the word ‘tinkle’ in it. Don’t you know what tinkle means?”

Jay Livingston said, “I never thought of that.”

The next day, Livingston and Evans agreed that the song had to be tossed and the writing partners started working on a brand new song.

“We were ready to get rid of ‘Tinkle Bell’ completely,” said Evans, “but we liked the music and a lot of the lyrics. We ended up with the same song we started with, except ‘tinkle’ became ‘silver.’”

The Evans and Livingston collaboration produced a string of hits that included the Oscar-winning “Buttons and Bows,” “Mona Lisa” and “Whatever Will Be, Will Be (Que Sera, Sera)." They wrote 26 songs that were million-sellers and, in total, recordings of their songs have sold nearly 500 million copies.

“Silver Bells” has been covered by dozens of artists spanning 70 years. The neatest of them all is the original performed by Hope and Maxwell. At the very beginning of the clip, you will see a street corner Santa played by William Frawley, who was famously Fred Mertz on the classic TV sitcom I Love Lucy. The song starts at the :40 mark.

The lyrics are below if you'd like to sing along...

Silver bells, silver bells
It's Christmas time in the city
Ring-a-ling, hear them sing
Soon it will be Christmas Day

Silver bells, silver bells
It's Christmas time in the city
Ring-a-ling, hear them sing
Soon it will be Christmas Day