Music Friday: Get Into the Olympic Spirit With a Go-for-the-Gold Theme Song, 'Reach Out' February 9, 2018

Welcome to Music Friday when we bring you fun songs with jewelry, gemstones or precious metals (in this case, medals) in the title or lyrics. Today marks the opening of the 2018 Winter Olympics in Pyeongchang, South Korea, so to get into the spirit of the Games — throwback style — we've searched our attic for an old neon leotard and a long-forgotten 45 of "Reach Out," the go-for-the-gold theme song from the 1984 Summer Olympics in Los Angeles. 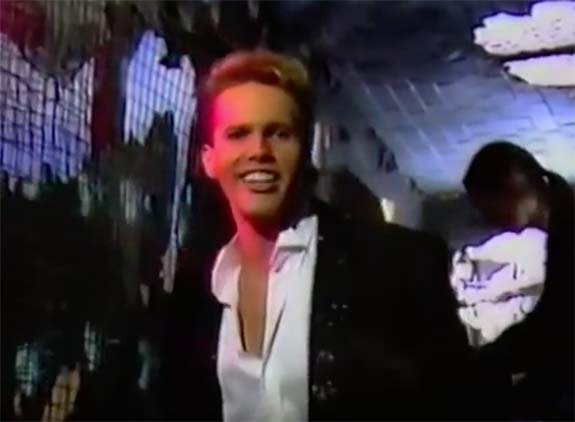 The catchy chorus of "Reach Out" will bring back memories of Irene Cara singing "Flashdance... What a Feeling." And that's no coincidence. Only one year earlier, Moroder composed that song for the blockbuster 1983 film Flashdance. It earned Moroder, 77, a Grammy for Record of the Year in 1983 and an Oscar for Best Original Song in 1984. Moroder is frequently credited with pioneering electronic dance music.

Engemann, 60, is best known for his 1983 song "Scarface (Push It to the Limit)." That tune, which was co-written by Moroder, was featured in the famous Tony Montana rise-to-power montage sequence in the motion picture Scarface, starring Al Pacino.

Interestingly, the 1984 Summer Olympics had unique theme songs for individual events. For instance, Quincy Jones wrote "Grace" for the gymnastics competition and Foreigner's "Street Thunder" was played during the marathon. "Reach Out" was the theme of the track and field events. In all, there were 13 songs included in the album titled The Official Music of the 1984 Games.

"Reach Out" was also included in Moroder's 1985 album Innovisions. The song scored a #1 spot on the German singles chart, #2 on the Swiss singles chart and #81 on the U.S. Billboard Hot 100 chart.

Please check out the video of Engemann performing "Reach Out." The lyrics are below if you'd like to sing along...

Reach out
Reach out for the medal

Reach out
Reach out