'Maddie and I Both Got Us a Ring,' Exclaims Newly Engaged Eagles QB Carson Wentz February 8, 2018 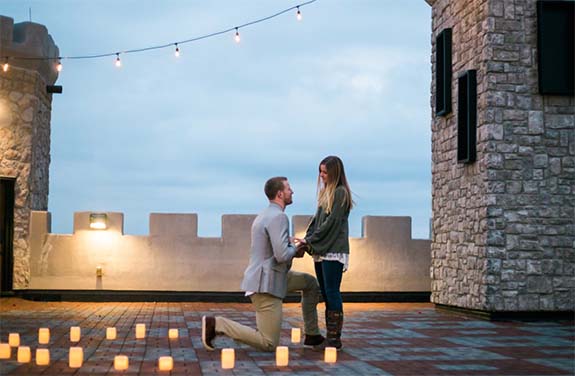 The 25-year-old rising star, who was forced to watch the championship game from the sidelines due to an injury, tweeted, "She said YES! And now Maddie and I both got us a ring... can’t wait to marry my best friend! God is doing some amazing things and I can’t thank him enough!"

Actually, Wentz has yet to receive his Super Bowl ring. They're scheduled to be distributed to the players, coaches, football staff and team executives some time in June. 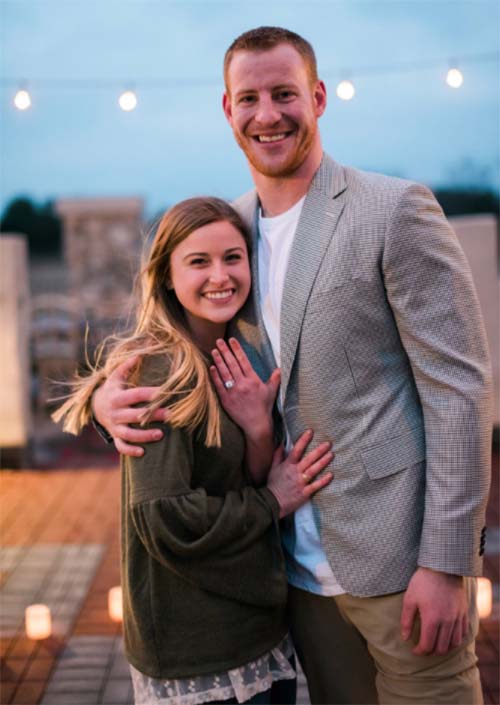 The tweet was accompanied by four romantic shots of Wentz proposing to Oberg in what seems to be the candle-lit rooftop of a fanciful castle.

Wentz had been leading the Eagles to one of the greatest seasons in the franchise's history when he tore his ACL in Week 14. Up to that point, he had thrown for 3,296 yards and 33 touchdowns.

The former North Dakota State University star underwent surgery in December and was on the sidelines during the Eagles' hard-fought 41-33 victory over the favored Patriots on Sunday. His replacement, Nick Foles, was named the Super Bowl MVP after throwing three TD passes and catching a fourth one. It was the Philadelphia franchise's first-ever championship title.

Wentz' social media followers were introduced to Oberg in a December Instagram post from his hospital bed. The photo showed the quarterback with Oberg at his side giving a thumbs up. He told his 863,000 Instagram followers that “the comeback officially begins now!” and added, “The Lord truly blessed me with this beautiful young lady to walk by my side and support me through all of this!”

Millions of fans are expected to attend the Eagles' parade in Philadelphia today. Fans will line a route from Broad Street and Pattison Avenue to the Philadelphia Museum of Art, hoping to catch a glimpse of Foles, Wentz and the rest of their heroes.

Wentz is expected to regain his starting position when the Eagles return to action later this year. The couple has yet to announce a wedding date.