Welcome to Music Friday when we often shine the spotlight on inspirational songs with jewelry, gemstones or precious metals in the title or lyrics. Today, five-time Grammy nominee Brandon Heath seeks divine intervention in "Diamond," his 2012 song about a young coal miner who is hardly living up to his potential. He wants to be a better man, but needs God's help to find the "diamond" buried deep inside. 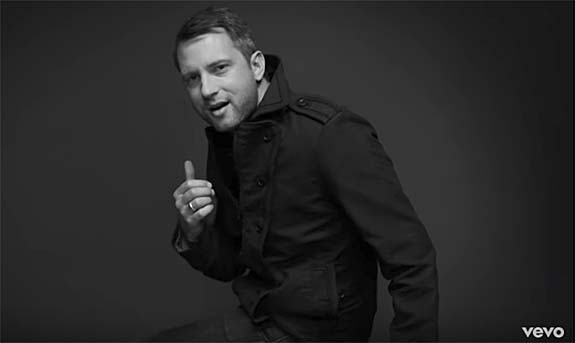 He sings, "I got something down inside of me / That only You can see / Help me dig a little deeper now / And set that diamond free."

For Heath, the diamond symbolizes the ability to bring his life to the next level — a life of clarity, not confusion, of compassion, not cruelty, of ambition, not excuses.

In the last lines of the song, Heath invites the Almighty to seek him out in the coal mine: "Come down with your old flashlight / Underground, black as night / No telling what you’re gonna find in me."

"Diamond" is the fourth track on Heath's fourth studio album, Blue Mountain. The album is unique because each song takes place in the Blue Mountains and is told from the point of view of a particular character. The real and fictional players featured in the songs include his grandfather, his mentor, a farmer, a coal miner and a death-row inmate. Each song weaves a message of hope, love and redemption.

When it was released in 2012, the album earned strong reviews and a #5 spot on Billboard's U.S. Christian Albums chart. It also reached #97 on the Billboard 200 albums chart.

“[The songs] are all kind of telling my story a little bit,” Heath revealed to The Clarion-Ledger. “[They talk] about my own fears, and my own desires. As a songwriter, it was more fun to give someone else my own voice. I think the best way to describe a place is to describe its people. And so, all these characters tell a story about what Blue Mountain is and who lives there.”

Born in Nashville, Tenn., Brandon Heath Knell turns 39 next Friday. The son of a police officer dad and hairdresser mom, Heath received his first guitar as a Christmas gift when he was 13. In high school, he converted to Christianity and explored his spirituality by participating in faith missions to India and Ecuador. Those trips helped inspire a career in contemporary Christian music.

Please check out the audio track of Heath performing "Diamond." The lyrics are below if you'd like to sing along...

My father’s father broke this ground
Daddy mined till we laid him down
Only God knows what they found beneath
Now here I stand in my own boots
Ax to grind and a point to prove
Tangled up in my own roots, it seems

Come down with your old flashlight
Underground, black as night
No telling what you’re gonna find in me