Lee popped the question last week during the couple's romantic getaway to Bora Bora. The vacation celebrated Wozniacki's surprising victory over Venus Williams at the WTA Finals in Singapore on October 29. The championship earned the 27-year-old Dane a $7 million prize.

Last Friday, Wozniacki turned to Instagram to post a selfie of the ring set against the bright blue waters of the South Pacific paradise, along with the caption, "Happiest day of my life yesterday saying yes to my soulmate."

Lee posted a romantic Bora Bora sunset shot on his Instagram page and echoed his fiancée's sentiments: "YES! So thrilled to be engaged to my soulmate." 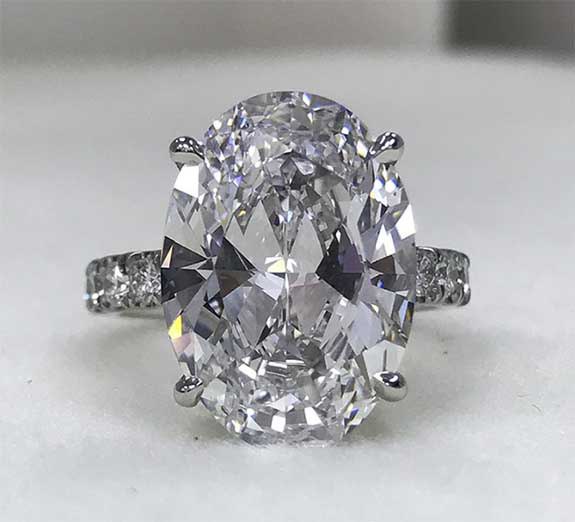 Luxury jeweler Joey Hamra worked with the 34-year-old former San Antonio Spurs center on a custom ring design, making sure the diamond pavé band would complement, but not overshadow, the oval diamond.

“We designed the ring with David’s input [expressing] Caroline’s ideas,” Hamra told The Knot. “She liked the diamond band look, [but didn’t want] it to take away any focus from the main center diamond.”

The designer said that he used pointy claw-like prongs to give the ring "that extra fine beauty." 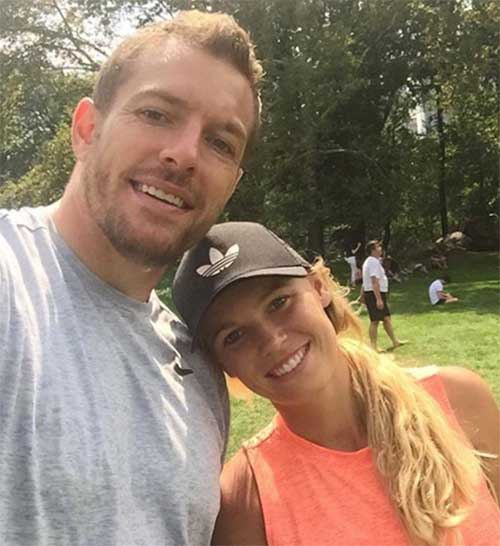 This will be the first marriage for both Wozniacki and Lee, although the tennis champ was previously engaged to pro golfer Rory McIlroy. The short-live engagement ended in early 2014, and that engagement ring did, in fact, feature an 8-carat center stone. Apparently, McIlroy also was aware of Wozniacki's favorite number.