Hidden Valley is honoring the upcoming nuptials between Prince Harry and Meghan Markle — and National Ranch Day — with a bejeweled bottle of salad dressing valued at $35,000. 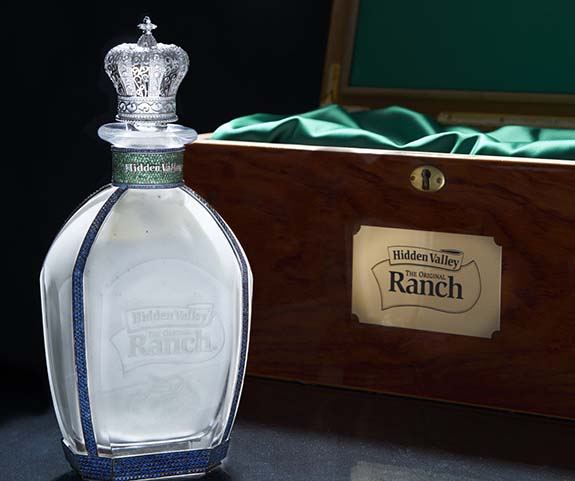 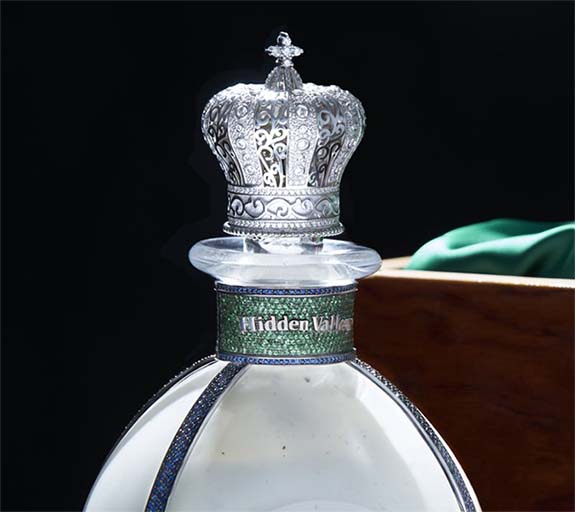 The blue bottle accents are a nod to the British Royal Family. The late Princess Diana famously wore a blue sapphire engagement ring that was eventually passed down to her eldest son, Prince William.

According to Hidden Valley, two of these blinged-out glass bottles were designed and fabricated by an A-list celebrity jeweler whose name could not be disclosed.

Time.com reported that one of the bottles will be "sent on a journey overseas" but won't be delivered to the royal family. The second bottle will be the grand prize in a contest running now through May 19 (the date of the royal wedding) on Hidden Valley's Twitter page.

"Renowned in these United States as the flavor that goes well with anything, Hidden Valley Ranch is honoring the great pairing of a fellow famous American with British royalty, as well as those who royally love ranch," the company commented in a press release.

The Twitter-based contest was launched on National Ranch Day, which was celebrated on Saturday, March 10.

Twitter users simply need to retweet Hidden Valley's contest announcement. As the company noted on its Twitter page, "FOLLOW & RETWEET FOR A CHANCE TO WIN! Nothing marks #NationalRanchDay like a real jewel-encrusted ranch bottle fit for people who royally love ranch."

The prize will include a $15,000 check to offset taxes. The winner will be announced after May 19.