Here's a quiz: What do Vivien Leigh’s necklace from Gone with the Wind, Elizabeth Taylor’s serpent bracelet in Cleopatra and the earrings worn by Marilyn Monroe in Gentlemen Prefer Blondes all have in common? They were all created by Eugene Joseff's design studio under the brand name Joseff of Hollywood. 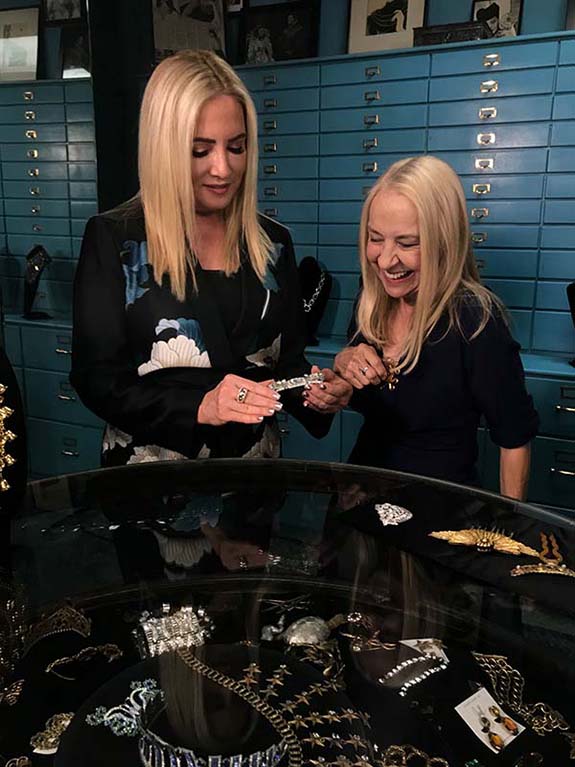 These and other memorable pieces from Joseff's workshop are the subject of tonight's episode of Strange Inheritance, a primetime reality series on the FOX Business Network (FBN).

For many decades, Joseff's firm fabricated — but only rented — costume jewelry to the movie studios, and as each production wrapped up, the jewelry would be returned to the jeweler and secured in a vault. Over many decades, that collection grew to more than 200,000 items.

Joseff died in 1948, and his widow, Joan, passed away in 2010 at the age of 98. All the “screen gems” were inherited by Joan's daughter-in-law, Tina Joseff, and Joan's grandchildren.

Five hundred high-profile items from Joseff's collection were put on the block at Julien's Auctions in Beverly Hills this past November — netting the heirs just under $2 million. Among the biggest-ticket items were the Monroe earrings ($90,000), Leigh necklace ($45,000) and Clark Gable cigar box from Gone With the Wind ($31,000). 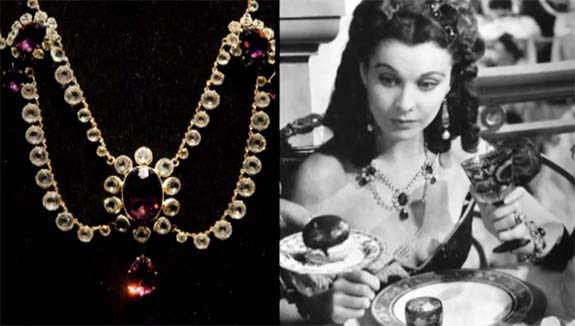 A former ad man from Chicago, Eugene Joseff moved to southern California in 1928. Although he "dabbled in jewelry," according to Tina, Joseff's entry into the jewelry field stemmed from an off-the-cuff remark he made to a friend in the movie business.

“He noted that in a period film the star was wearing a gorgeous gown — period correct – but also a modern necklace. He just thought that was the worst thing ever – and that he could do better,” Tina explains to show host Jamie Colby in Monday's episode.

He soon got a chance to display his talents when a Hollywood studio needed baubles for a bunch of dancers. It was Friday and the order had to be filled by the following Monday. Nobody wanted the job — except for Joseff.

FBN noted that film buffs will likely recognize a number of the Joseff of Hollywood creations, including the Bette Davis tiara from The Virgin Queen, the Shelley Winters teardrop pendant necklace from South Sea Sinner and the Katharine Hepburn necklace of faux diamonds, rubies and pearls from Mary of Scotland. Viewers will also get a peek at the crown Shirley Temple wore in The Little Princess and a necklace that Greta Garbo wore in Camille.