The most popular baby girl names in the U.S. are Emma, Olivia, Ava, Isabella and Sophia, according to the Social Security Administration’s latest statistics. 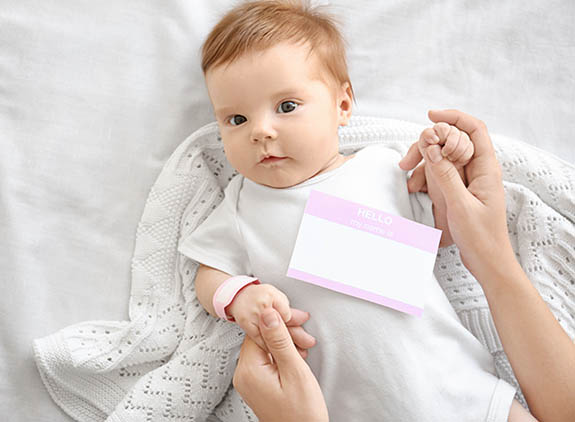 With traditional names all the rage, expectant parents may consider taking a closer look at the symbolic and beautiful baby names associated with precious stones.

It was not unusual in the early 1900s to have a schoolhouse filled with youngsters named Pearl, Opal, Coral and Beryl. Parents at the time believed that children named for precious stones would be anointed with luck and prosperity.

Now, more than 100 years later, six gem-inspired names are ranked in the Social Security Administration’s official list of the Top 1000 Baby Names (The latest stats cover the years 1900 through 2018).

74. Ruby. Fiery and captivating, the rich red ruby is known as the stone of nobility and is considered a symbol of passion and power. Back in 1911, Ruby ranked at the 22nd most popular girl’s name and remained a Top 50 name for the next 24 years. The name hit its low point of #401 in 1986 and has been on a rapid ascent ever since. Now ranked at #74, Ruby is the most popular gemstone-inspired name.

Emerald. Often referred to as one of the four main precious stones, Emerald made the Top 1000 list in 2017 after a 15-year hiatus and then fell off again. The name had been consistently ranked in the Top 1000 from 1991 through 2002.

Beryl. Representative of a mineral family that includes emerald and aquamarine, beryl was a marginally popular name in the early 1900s. It ranked as high as #374 in 1920 and fell off the Top 1000 list in 1958.

Check out the SSA's informative and fun-to-use baby name website at this link.