World's Most Advanced Diamond Recovery Vessel Gets to Work Off Coast of Namibia March 22, 2022

The world's most advanced diamond recovery vessel, the Benguela Gem, was officially unveiled in Namibia on Friday. 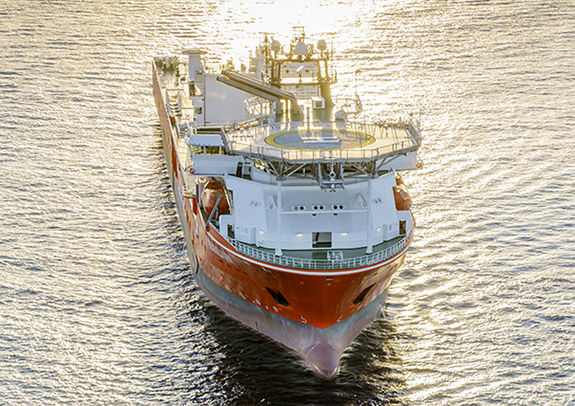 The 580-foot-long, custom-built vessel is capable of extracting 500,000 carats annually from the coastal waters off Namibia — boosting Debmarine Namibia’s annual diamond output by 45% and creating 160 high-skilled jobs for Namibians.

Built at a cost of $420 million, the project is a 50/50 joint venture between De Beers Group and the Government of the Republic of Namibia. The Benguela Gem is the seventh ship in the Debmarine Namibia fleet, which recovers some of the world’s highest quality diamonds.

The recovery process starts 90 to 150 meters (295 to 492 feet) below sea level. The new ship will comb the ocean floor using advanced drilling technology, supported with tracking, positioning and surveying equipment. Sophisticated X-ray machines and other diamond-sorting devices separate the gems from the gravel, and leftover material is returned to the sea bed. Recovered diamonds are securely sealed in containers, loaded into steel briefcases and flown by helicopter to shore.

The Benguela Gem was designed in Norway and Poland, built in Romania and outfitted with proprietary diamond-sorting equipment by De Beers Marine South Africa. Taking two years to construct, it is the most technically advanced diamond recovery vessel in the world, underpinned by high standards of sustainability and safety performance, noted Debmarine in a press release.

A state-of-the-art dynamic positioning system automatically optimizes the vessel’s performance in changing weather conditions to minimize energy use. The vessel also generates its own fresh water through the use of heat recovery systems and a reverse osmosis plant. Employee wellbeing is reflected in the vessel’s design. The crew has access to onboard entertainment systems, a gym, a hospital and relaxation facilities.

According to De Beers, 95% of the diamonds pulled from the seabed near Namibia are of gem-quality. This compares to just 20% of gem-quality diamonds coming from De Beers’s top mine in Botswana. Some experts surmise that the diamonds in the ocean have endured such a pounding for so long that only the gem-quality ones could remain intact.

Namibia has more than 3,700 square miles of marine diamond concessions along its southwest coast, which is expected to support the industry for the next 50 years. Debmarine has a license to operate off the coast of the African country until 2035 within a 2,316-square mile area. The diamond sector is the single biggest contributor to Namibia’s economy.