Sotheby's recently unveiled the 11.15-carat Williamson Pink Star, the second-largest internally flawless, fancy vivid pink diamond ever to appear at auction. The bubblegum pink, cushion-cut gem is expected to fetch upwards of $21 million when it headlines a single-lot auction scheduled for October 5 in Hong Kong. 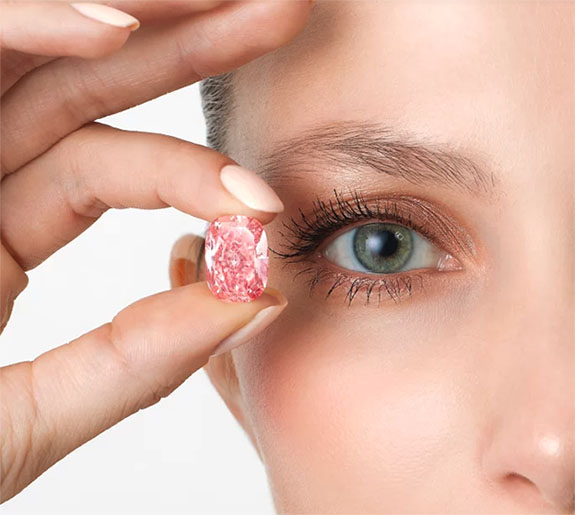 The Williamson Pink Star has the potential to set a new record for the highest price-per-carat ever paid for a fancy vivid pink diamond.

The finished stone was cut from a 32-carat rough diamond unearthed at the famous Williamson Mine in Tanzania. This is the same mine that produced the 23.6-carat "Williamson" pink diamond, which centers a Cartier-designed, flower-motif brooch worn at high-profile events by Queen Elizabeth II. The gem had been given to the Queen as a wedding gift in 1947 by Canadian geologist Dr. John Thorburn Williamson, who owned the mine. 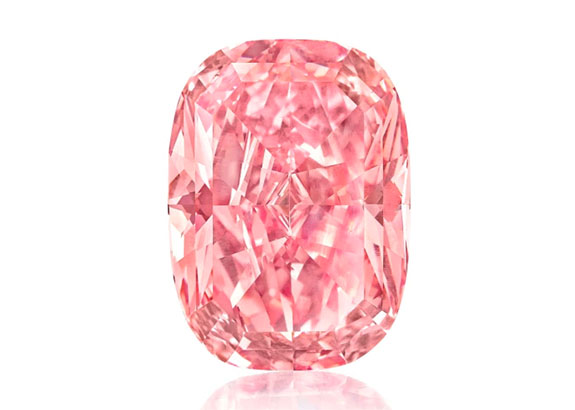 In fact, the name "Williamson Pink Star" is a nod to both the Williamson mine and the CTF Pink Star, a 59.60-carat record-breaking diamond sold at Sotheby’s in April 2017. The $71.2 million earned by the stone remains the highest price ever paid for any gem at auction.

Interestingly, Diacore is credited with cutting both the Williamson Pink Star and the CTF Pink Star.

The Gemological Institute of America classified the Williamson Pink Star as one of the rarest of all gemstones.

Noted the GIA, "Attaining a Fancy Vivid color grade with pink diamonds in this size requires a very strong inherent body color in the rough crystal. It is unusual for pink diamonds to occur with a strong depth of color or saturation in any size… In addition to its exceptional color, the clarity is Internally Flawless – a special combination. Examples such as this are some of the rarest gems ever discovered.”

Unlike yellow or blue diamonds that owe their color to the presence of nitrogen or boron in their chemical makeup, pink diamonds owe their color to the effects of intense pressure and heat while they were still deep within the Earth. These factors caused distortions in the diamond’s crystal lattice that influence the way the gem absorbs green light, thus reflecting a pink hue. 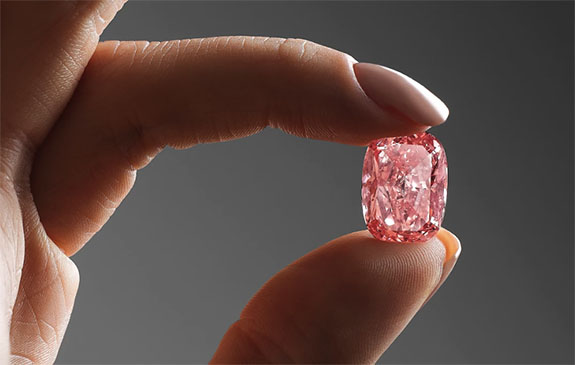 The Williamson Pink Star is currently on a world tour that began in London and includes stops in Dubai, Singapore, Taipei, Taichung and Hong Kong, where it will be offered for sale in a unique, single-lot auction.