Justine Aichelberger and Jesse Seads met at a Halloween party seven years ago, so when the young man was plotting a surprise marriage proposal recently, he was determined to include pumpkins — many pumpkins — in his plan. 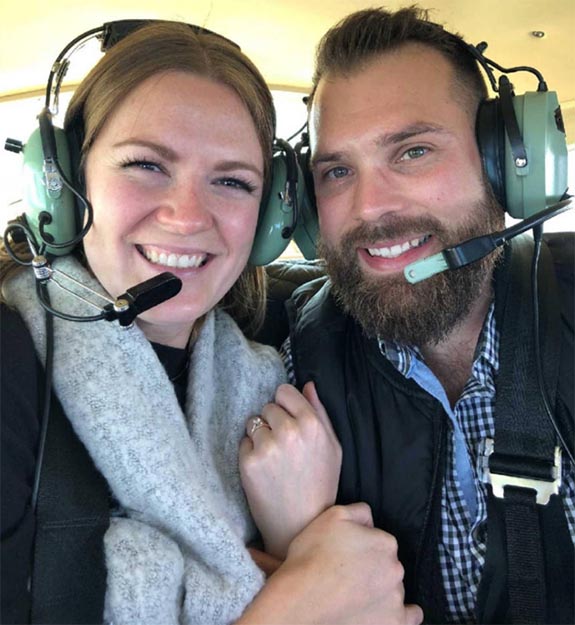 Seads had arranged for his girlfriend to "win" an aerial tour for two over Vancouver Island. Once airborne, Aichelberger could have hardly predicted that the flight would take her and her boyfriend directly over Gobind Farms, where 640 pumpkins neatly spelled out the question "Justine - Will You Marry Me?" 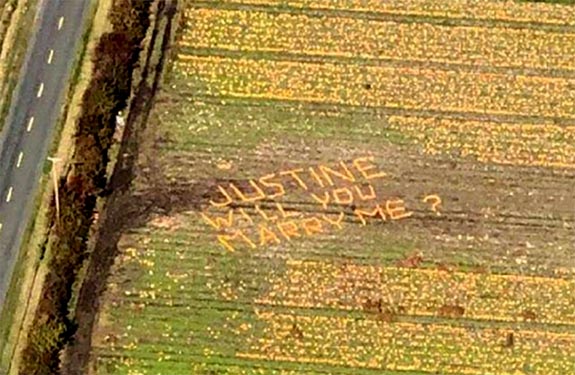 The romantic groom-to-be pulled out a diamond engagement ring when the pumpkin message came into view. A stunned Aichelberger said, "Yes," and the couple celebrated their engagement with some high-flying selfies and a glass of champagne.

“It kind of read ‘Justine will you marry me’ and it took me a minute for me to take it all in. I was really shocked,” Aichelberger told cheknews.ca. "I’m so happy, he will do anything for me. He would move the world if he could for me. It’s just an amazing feeling.”

Seads had enlisted the help of his parents, Douglas and Julie, friend Andreas Bokelman and 95-year-old neighbor Jim Squire for the tricky task of rolling hundreds of pumpkins precisely into place. 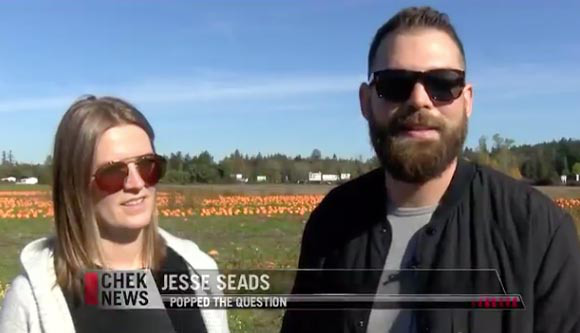 "We got really lucky I think it just turned out really well,” Seads told vancouverislandfreedaily.com.

The flight continued from Saanichton northwest to scenic Courtenay, where the couple gathered with friends and family at a cabin on the beach.

Seads said the pumpkin proposal was well worth the effort. 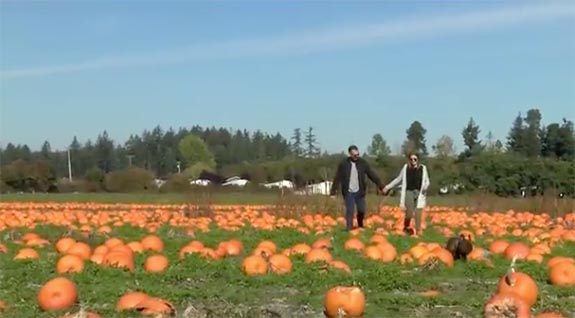 “Any time she thinks of pumpkins in the future or sees pumpkins, pumpkin pies or whatever, she will think of our engagement day,” Seads told cheknews.ca.

The couple has yet to announce a wedding date.