When it came to choosing the perfect ring for his supermodel girlfriend, Romee Strijd, Laurens van Leeuwen picked a look that matched her minimalist, yet chic, style. 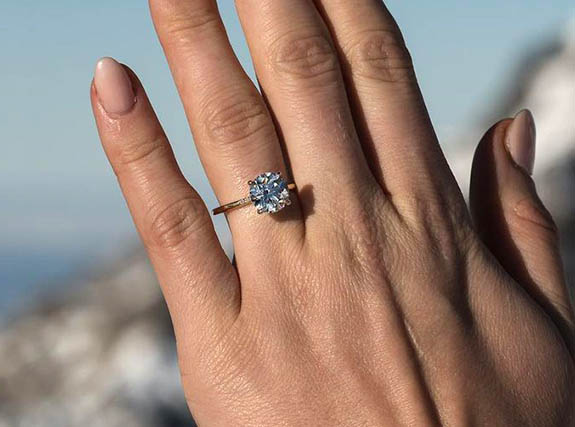 Unlike many of the over-the-top celebrity rings we've been seeing of late, Strijd's new sparkler is purposely understated. It features a round brilliant-cut center stone flanked by three teeny pavé diamonds on each side, set on the thinnest of yellow gold bands. 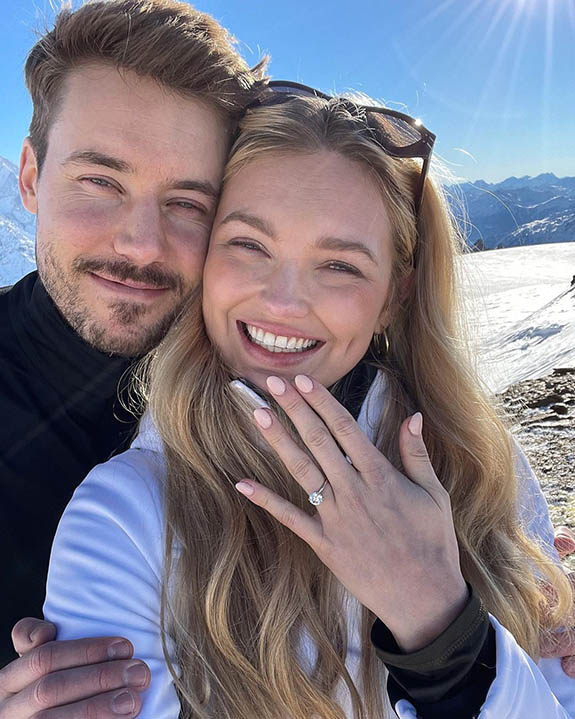 Ring designer Nicole Wegman of New York-based Ring Concierge said in a statement that van Leeuwen selected a round brilliant-cut diamond because they are "as timeless as it gets and are cut to maximize sparkle." The side stones, she said, added a "touch of sparkle without taking focus away from the center stone.” The ultra-thin band creates the illusion that the diamond is floating. 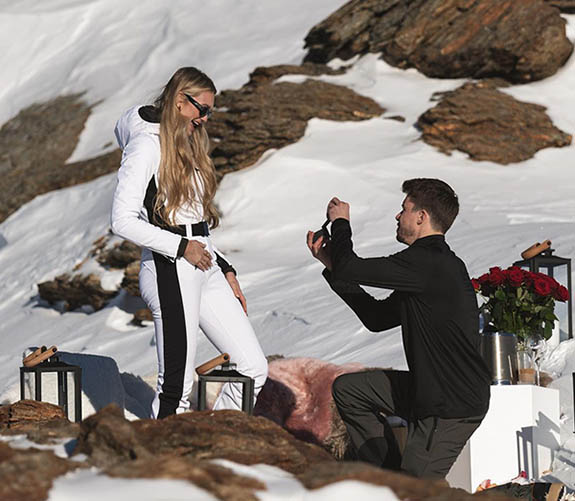 On Tuesday, both Strijd, 26, and van Leeuwen, 31, shared pics of their romantic outdoor proposal set against the backdrop of the rugged Swiss Alps. The photos show the clothing line founder on one knee presenting the ring as his delighted girlfriend smiles from ear to ear. Another shot shows him placing the ring on her finger. 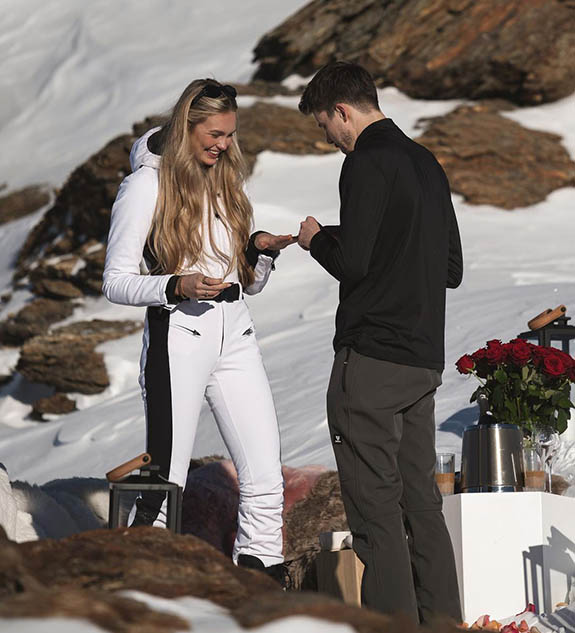 On her Instagram, the Dutch model added the caption, "I said YES," followed by two emojis — a diamond ring and a red heart.

On his Instagram, van Leeuwen wrote, "Let’s grow old(er) together @romeestrijd" and punctuated the message with comical emojis depicting a bald geezer and grey-haired granny.

The groom-to-be also included a short video of him panning the romantic venue. We see a path of colorful flower petals leading to a table filled with bowls of healthy snacks, a bouquet of red roses and champagne on ice.

Strijd and van Leeuwen were in Switzerland to celebrate their 12 years as a couple. They have known each other for most of their lives having grown up in the same town of Zoetermeer, South Holland.

She is best known as a former Victoria's Secret runway model and he is a managing partner for Naetur. They welcomed their first child, Mint, in late 2020.