Quiz Segment of NPR's 'Ask Me Another' Shines the Spotlight on Gold August 5, 2019

Friday's episode of Ask Me Another, a popular radio show on NPR, featured a quiz segment titled "Stay Gold, Ponyboy." All the answers to the clues posed by host Ophira Eisenberg contained the word "golden." 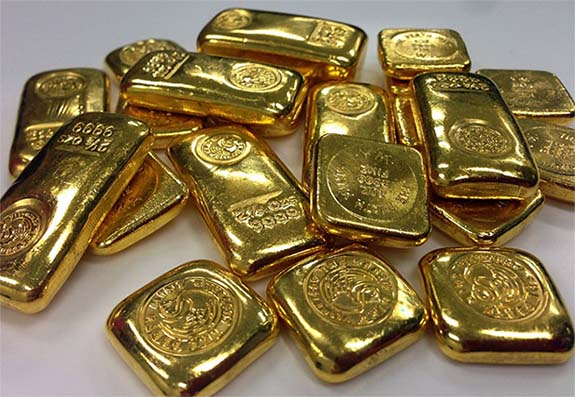 In the end, Ryan Greenberg beat out Wynter Chatman by going six for six. Greenberg clinched the win when he gave the right answer to the clue, "According to the U.S. Apple Association, it's America's sixth-favorite apple.

Later in this post, you'll get a chance to see how you would have done if you were a contestant at the Bell House in Brooklyn, where the contestants competed.

But first, let's touch on the origin of "Stay Gold, Ponyboy." It comes from The Outsiders, a 1983 movie that follows the tragic story of rival gangs in rural Oklahoma. The all-star cast included Patrick Swayze, Rob Lowe, Ralph Macchio, Emilio Estevez, C. Thomas Howell, Matt Dillon and Tom Cruise. The Outsiders was adapted from a 1967 novel by teenage author S.E. (Susan Eloise) Hinton, who based the story on her own experiences.

Robert Frost's poem, “Nothing Gold Can Stay,” plays a pivotal role in the film, as Ponyboy (played by Howell) reads it to a critically injured Johnny (Macchio) while they are in hiding.

Frost’s eight-line poem, which was originally published in 1923, ends with the line, “So dawn goes down to day / Nothing gold can stay.”

“Stay gold” are Johnny’s last words before he dies. Ponyboy is confused by the the phrase, but it all comes into clear focus later in the film when he finds Johnny’s interpretation of the Frost poem: that beauty and innocence are transient and must be guarded like gold.

Now, for the "Stay Gold, Ponyboy" clues. The answers are at the end of the post. Good luck...

1. It's the name for McDonald's logo.
2. Augustus, Veruca, Violet, Mike and Charlie each find one.
3. It's an Emmy-winning sitcom from the 1980s and '90s.
4. This award given by the Hollywood Foreign Press Association recognizes achievements in film and TV.
5. It's a large payment given to an executive who's terminated after a merger or takeover.
6. In the Book of Exodus, it's the idol worshipped at the base of Mt. Sinai.
7. This restaurant chain bills itself as America's number one buffet and grill.
8. This James Bond film became a popular Nintendo 64 game.
9. In Japan, it's a cluster of four national holidays in the spring.
10. This mathematical concept may be expressed as X squared minus X minus one equals zero.
11. In Greek mythology, when Paris awarded this to Aphrodite, he indirectly started the Trojan War.
12. According to the U.S. Apple Association, it's America's sixth-favorite apple.

Ask Me Another airs on more than 400 NPR stations.