LA Rams safety Taylor Rapp just enjoyed his best day ever. Moments after earning a Super Bowl ring on Sunday night, the 24-year-old surprised his long-time girlfriend, Dani Johnson, with an on-field marriage proposal at California's SoFi stadium in front of a crowd of cheering teammates and fans. 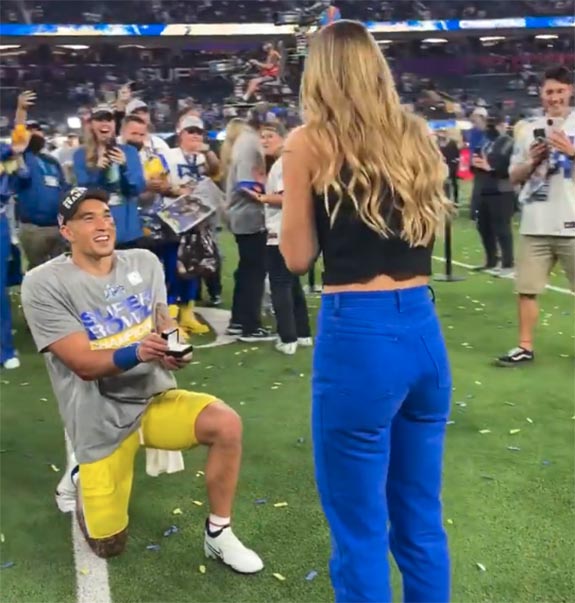 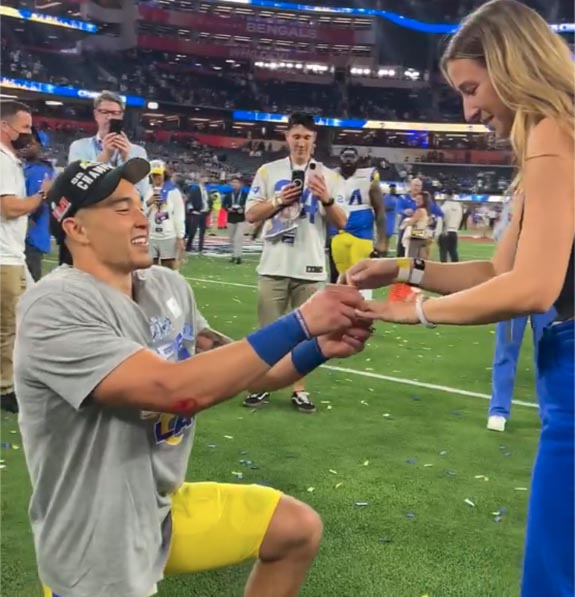 With yellow and blue confetti still raining down from the rafters, Rapp went down on one knee, opened a ring box and asked Johnson if she would marry him. She nodded "Yes" and tried to hold back the tears as Rapp slipped the engagement ring on her finger. 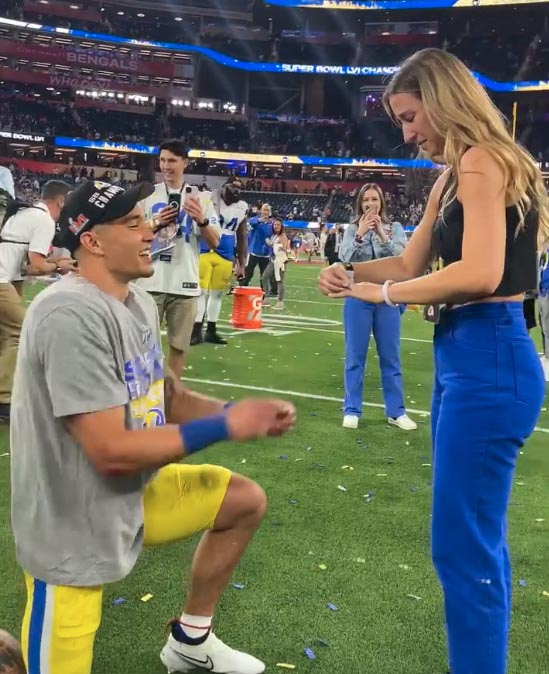 Clad in bright blue jeans in support of her favorite NFL team, Johnson looked down at her hand and stared at her ring for a moment before embracing her groom-to-be and giving him a sweet kiss. 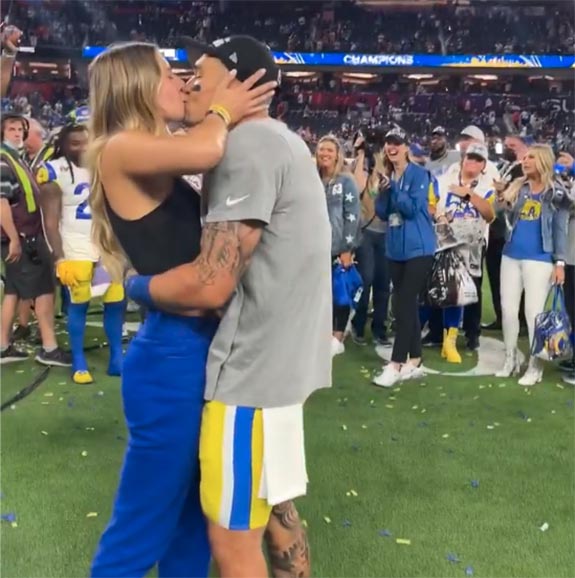 Rapp and Johnson have been dating since high school. She's been his biggest fan since he played football for Sehome High School in Bellingham, WA. He went on to star at the University of Washington before turning pro in 2019. Johnson played volleyball at Southern Oregon University. 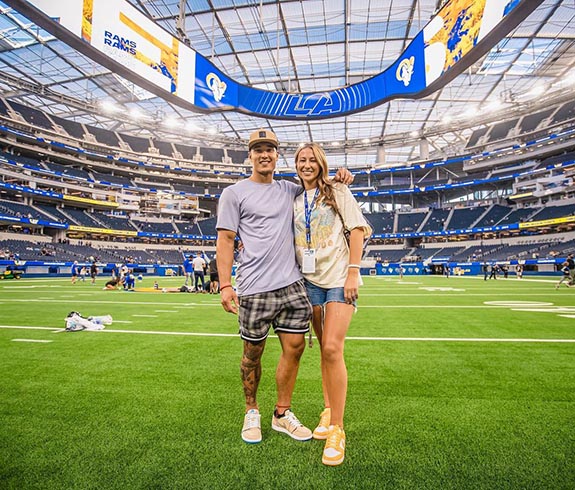 He wrote, "Happy birthday to the love of my life, the one person who holds me accountable and makes sure I stay true to myself no matter what. If everyone had just a fraction of your kind, compassionate, and loving heart, this world would be a much better place. You make me a better person every single day. Thank you for being my best friend and such a great partner to do life with."

He punctuated the statement with a heart emoji.

Rapp's on-field proposal capped an exciting Super Bowl victory, which saw the LA Rams come from behind in the fourth quarter to beat the Cincinnati Bengals 23-20. The champ will likely get his Super Bowl ring some time in June.

The proposal video earned more than 360,000 Likes on Instagram. You can check it out here…