NASA's Highly Anticipated Mission to the 'Golden Asteroid' Is on Hold — For Now August 17, 2022

NASA's highly anticipated summer 2022 mission to "16 Psyche" — a 140-mile-wide asteroid made of gold, platinum, iron and nickel — has been postponed due to the late delivery of the spacecraft's flight software and testing equipment. 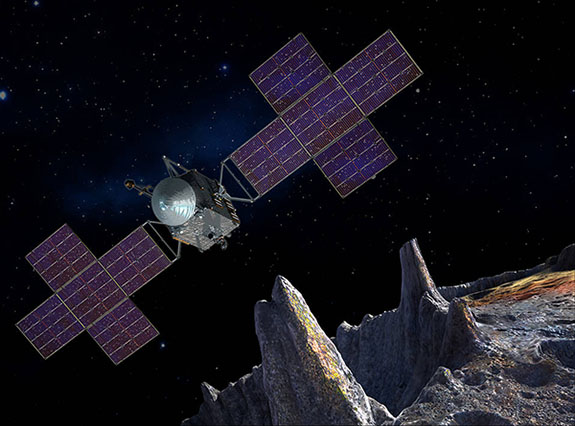 A 15-member independent review board is currently re-evaluating the costs and benefits of the Psyche mission before NASA can reschedule the launch. The results, to be released in late September, will have heavy implications for space-mining entrepreneurs who are looking to capitalize on what could become a quintillion-dollar industry.

When we first wrote about 16 Psyche in the summer of 2019, NASA had no immediate plans to do any mining on the asteroid and it was deemed way too large to tow back to Earth.

But, during the past three years, in the run-up to the actual launch, scientists described how a SpaceX Starship, for example, could theoretically orbit the asteroid while mining robots worked the surface. The Starship would be capable of carrying upwards of 100 metric tons of ore to facilities in low-Earth orbit for processing. 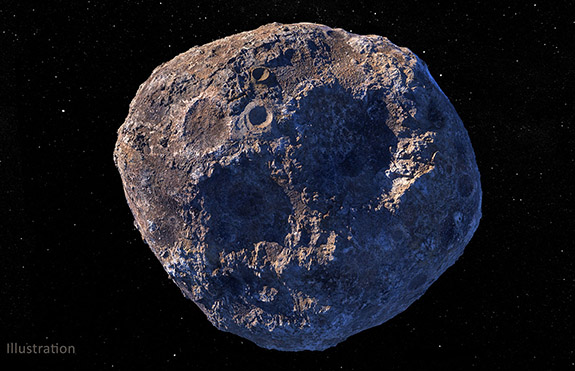 The value of 16 Psyche's natural resources is hotly debated. The estimate of $700 quintillion (700 followed by 18 zeroes) lies on the high end of the spectrum while $11.65 trillion occupies the low end. The wide discrepancy is rooted in one estimate that assumes the precious metals run throughout the asteroid as opposed to only the surface.

A team of researchers from Purdue University and Brown University suggested that the "golden asteroid" — which orbits the Sun between Mars and Jupiter — was less dense than previously believed. They argued that 16 Psyche is actually a rocky object covered with a layer of metal that erupted from the core.

The US government has already made legal preparations for the eventuality of space mining. The SPACE Act, which became law in 2015, includes provisions for private companies to extract resources from asteroids with limited government interference. Although the law does not allow for companies to claim, say, an asteroid, for their own, miners may keep anything they obtain from their exploration and mining.

Beyond the precious metal implications, NASA and its university partners were excited to explore 16 Psyche because it appears to be the exposed core of an early planet, perhaps the size of Mars, that lost its rocky outer layers due to violent collisions that occurred while the solar system was forming.

Measuring about 140 miles (226 km) in diameter, Psyche 16 is named after the nymph Psyche, who, according to Roman mythology, married Cupid but was put to death by Venus. At Cupid’s request, Jupiter — the king of the Gods — made Psyche immortal. The unique metal asteroid was discovered in 1852 by Italian astronomer Annibale de Gasparis.

NASA's original plan was to launch the Psyche spacecraft in the summer of 2022 from Florida’s Kennedy Space Center. After a 1.5-billion-mile, 3 1/2-year journey, the NASA spacecraft would have arrived at the asteroid in 2026.

If the review board gives the project a thumbs-up in September, the launch date is expected to be rescheduled for 2023 or 2024.