Music Friday: Olivia Newton-John Reminds Us That We're All 'Pearls on a Chain' August 19, 2022

Welcome to Music Friday when we bring you wonderful songs with jewelry, gemstones or precious metals in the lyrics or title. Today, the much-beloved Olivia Newton-John reminds us in her inspirational 2006 song, “Pearls on a Chain,” that all of us have been touched in some way by cancer. 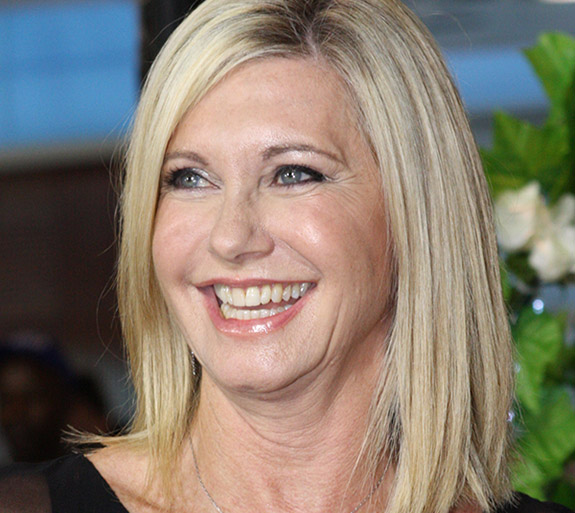 After surviving breast cancer in 1992, Newton-John became a staunch advocate for cancer patients and their families. In 2008, she raised funds to help build the Olivia Newton-John Cancer and Wellness Centre in Melbourne, Australia.

The world shed a collective tear when the singer-actress-activist lost her decades-long battle to the dreaded disease last week at the age of 73.

In describing her motivation for writing “Pearls on a Chain,” Newton-John reminded Aussie concert-goers in 2008 how cancer has likely touched all of them in some way.

“Perhaps it’s someone in our family or someone that we know, or a friend of a friend,” she said. “I know that over the years I'd get calls once a month and now twice a week from someone who has a friend that’s going through it, and in that way we’re all connected — like pearls on a chain.”

“Pearls on a Chain” is the second track on Newton-John’s Grace and Gratitude album, which she released in 2006 and distributed exclusively through Walgreens pharmacies to benefit various cancer charities.

Born in Britain and raised in Australia, Newton-John was a 1970s singing sensation with a flood of #1 hits that included “I Honestly Love You” and “Have You Never Been Mellow.” In 1978, she played Sandy Olsson opposite John Travolta’s Danny Zuko in the wildly popular musical, Grease. She was 29 when she convincingly portrayed a high school exchange student from Australia.

The four-time Grammy Award winner has sold more than 100 million records and is considered one of the best-selling music artists of all time.

In September 2018, she revealed that she was being treated for cancer at the base of her spine. Previously, she had battled breast cancer during the early '90s and again in 2017.

She passed away on August 8, and as a sign of respect and admiration, many landmarks in Melbourne and Sidney, Australia, were specially lit in her honor.

We invite you to check out the video of Newton-John performing “Pearls on a Chain” at Sydney's State Theatre in September of 2008. All the proceeds from the event went to the Olivia Newton-John Cancer and Wellness Centre Appeal. The lyrics are below if you’d like to sing along...

“Pearls on a Chain”
Written and performed by Olivia Newton-John.