Welcome to Music Friday when we bring you popular songs with jewelry, gemstones or precious metals in the title or lyrics. Today, country star Lee Ann Womack sings about a marriage gone wrong in her 2001 hit, "Does My Ring Burn Your Finger?" 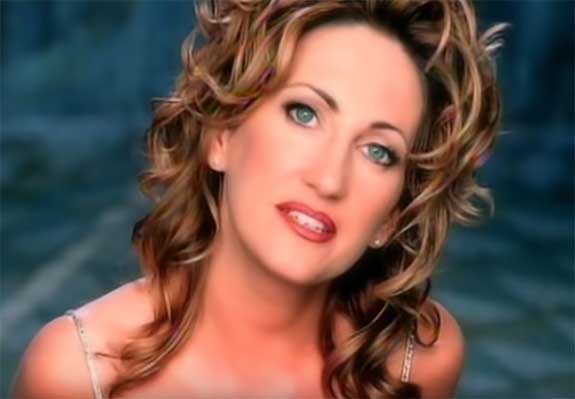 Womack plays the part of a loving wife whose husband has betrayed her, leaving his wedding band behind. She's heartbroken and yearns to get him back. She wonders if he has trouble with commitments — or maybe he's rediscovered an old flame.

The title of the song evokes a symbol of their wedding "promise" that's suddenly become too unbearable to wear.

She sings, "Did my ring burn your finger? / Did my love weigh you down? / Was the promise too much to keep around?"

Written by husband-and-wife team Buddy and Julie Miller, "Does My Ring Burn Your Finger?" was released as the fourth single from Womack's popular CD I Hope You Dance. The song went to #23 on the US Billboard Hot Country Songs chart, while the album zoomed all the way to #1 on the U.S. Billboard Top Country Albums chart.

USA Today's Ken Barnes picked "Does My Ring Burn Your Finger?" as his #1 song for 2001, describing it as "a searing, chill-conjuring performance of a seething Buddy and Julie Miller tune by country's reigning female vocalist."

In November of 2001, Womack performed the song live during the CMA Awards. The performance was so powerful and so memorable that a Billboard critic couldn't come up with the words to describe it.

In his 2017 review of Womack's 10 Best Songs, Billboard's Chuck Dauphin wrote, "Womack delivered what just might be her most dominant vocal performance – so far. Do us a favor. Check out her performance of this song from the 2001 CMA Awards on YouTube. We get paid to write words describing such moments, but damn. Sometimes, there are none that can aptly describe it."

Born and raised in Jacksonville, Texas, in 1966, Womack developed a love for country music at a young age. Her father was a DJ and often brought her to work to help him pick his playlist.

She emerged as a contemporary country artist in 1997 and was favorably compared to Dolly Parton and Tammy Wynette. Womack has released nine studio albums and sold more than six million albums worldwide. She has received five Academy of Country Music Awards, six Country Music Association Awards and a single Grammy Award.

Please check out her scorching live performance of "Does My Ring Burn Your Finger?" at the 2001 CMA Awards. The lyrics are below if you'd like to sing along...

"Does My Ring Burn Your Finger?"
Written by Julie Miller and Steven Paul (Buddy) Miller. Performed by Lee Ann Womack.

When I gave you my heart
It was not what you wanted
Now the walls say your name
And the pictures are haunted
Does my ring burn your finger
Did my love weigh you down?
Was the promise too much to keep around?

I remember your words and I can't keep from cryin'
I could never believe that your kisses were lyin'
Was there somethin' from the past
Buried in a shallow grave?
Did you think that it was too far gone to save?

Now it's just me and the night and I'm so broken hearted
I just wait in the dark here for my dearly departed
Did my ring burn your finger?
Did my love weigh you down?
Was the promise too much to keep around?