Music Friday: In '2000 Miles,' The Pretenders' Chrissie Hynde Sings About Diamonds Sparkling in the Snow December 15, 2017

Welcome to Music Friday when we bring you great songs with jewelry, gemstones or precious metals in the title or lyrics. In the 1983 holiday release, "2000 Miles," Chrissie Hynde of The Pretenders paints a picture of a diamond-embellished winter scene while lamenting the fact that she's far away from the one she loves at Christmastime. 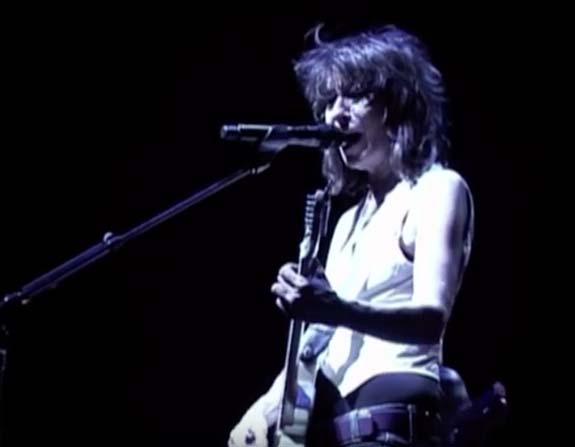 She sings, "In these frozen and silent nights / Sometimes in a dream... you appear / Outside under the purple sky / Diamonds in the snow... sparkle / Our hearts were singing / It felt like Christmastime.

While many people see "2000 Miles" as a sweet Christmas song about a young woman yearning to be closer to her lover during the holidays, the tune is actually Hynde's tribute to guitarist and founding band member James Honeyman-Scott, who died of a drug overdose in 1982 at the age of 25.

"2000 Miles" was released as a single in December of 1983 and appeared as the 10th track of The Pretenders' Learning to Crawl album. The single was popular in the UK, where it peaked at #15 on the UK Singles Chart. Learning to Crawl earned the #5 spot on the U.S. Billboard 200 albums chart.

In 2014, while finishing up her album Stockholm, Hynde collaborated with Swede Bjorn Yttling on an updated version of "2000 Miles. It was released as a Christmas single in the UK that December.

She told Classic Rock Magazine, "I think it captures the mood of the season perfectly as it gets cold in Sweden, reindeer wander the streets freely and the snow was coming down! Happy Christmas!"

Born in Akron, Ohio, in 1951, Hynde formed The Pretenders in Hereford, England, in 1978. The band has performed on and off for the past 39 years, with Hynde embarking on a solo career in 2014. Reunited once again, the band has been touring since 2016. The Pretenders were inducted into the Rock and Roll Hall of Fame in 2005.

Please check out the video of Hynde and The Pretenders performing "2000 Miles" live in Sydney, Australia, in 2010. The lyrics are below if you'd like to sing along...

"2000 Miles"
Written by Christine Hynde. Performed by The Pretenders.

The children will sing
He'll be back at Christmastime

In these frozen and silent nights
Sometimes in a dream... you appear
Outside under the purple sky
Diamonds in the snow... sparkle