Welcome to Music Friday when we bring you festive songs with jewelry, gemstones or precious metals in the title or lyrics. Today, Ashanti tells jolly old St. Nick what she wants for Christmas in her 2003 holiday tune, "Hey Santa." 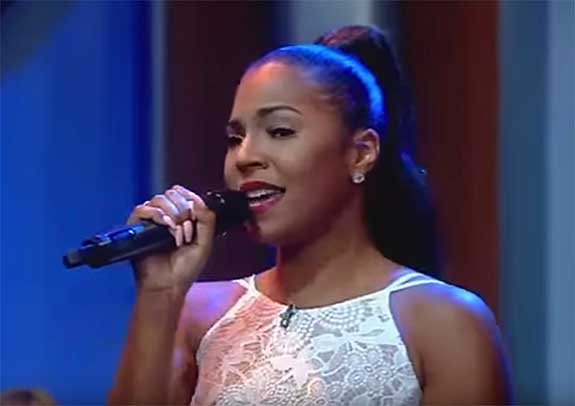 In the first verse, she asks for "something sweet," such as chocolate Kisses or candy canes. Then, Ashanti steps up her game in the second verse, as her request for "something new" includes a diamond bracelet or diamond ring.

(In a nod to the 1953 classic, "Santa Baby," Ashanti echos Eartha Kitt's call for a baby blue convertible.)

Written by Ashanti and Irving Lorenzo, "Hey Santa" was released as the third track from Ashanti's Christmas. The album, which included an equal mix of original songs and covers of holiday classics, peaked at #43 on the Billboard's Top R&B/Hip-Hop chart. Ashanti performed "Hey Santa" during the tree-lighting festivities at New York City's Rockefeller Center.

Born Ashanti Shequoiya Douglas in 1980, the singer-songwriter, record producer, dancer and actress is named after the 17th century Ashanti Empire, in what is now modern-day Ghana. In that kingdom, women held positions of power and influence, and Ashanti's mother believed the name might help inspire her daughter to achieve greatness.

That strategy seems to have worked to perfection, as Ashanti joined a gospel choir at the age of six and scored her first recording contract at the age of 14. The Glen Cove, N.Y., native won a Grammy Award in 2003 and went on to become the first female artist to occupy the top two positions on the U.S. Billboard Hot 100 chart simultaneously with "Always on Time" and "What's Luv?" She has also nabbed eight Billboard Music Awards and two American Music Awards.

Please check out the audio track of Ashanti singing "Hey Santa." The lyrics are below if you'd like to sing along...