Meet the Smartphone Case That Doubles as a Ring Box and Delivers the Ultimate Proposal Selfie November 16, 2017

A few days ago, The Knot revealed that 47% of all couples are enlisting a photographer or videographer to capture the exact moment of their proposal. With so much emphasis on sharing that big news on social media, it was inevitable that someone would come up with a smartphone case that doubles as a ring box and delivers the ultimate proposal selfie. 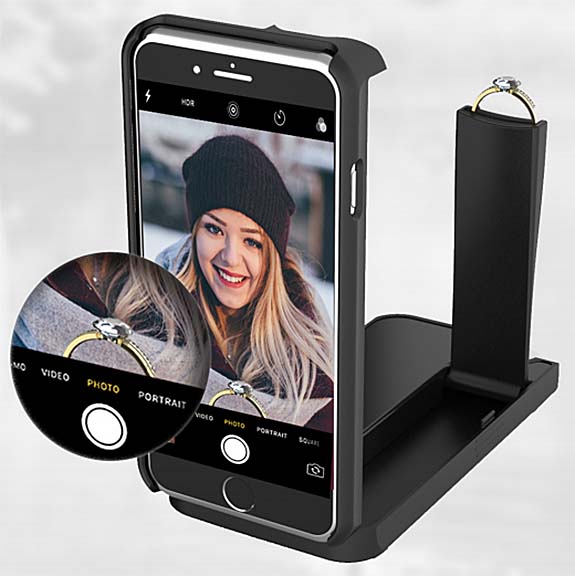 Introducing the RokShok, a smartphone case with a twist. When opened, the unique mechanism extends the engagement ring perfectly in front of the phone's camera. As the phone captures his romantic proposal and her heartfelt reaction, the ring remains perfectly centered in the lower portion of the frame.

James Ambler and Keith Glickman, the New York-based inventors of RokShok, point out that ambitious users might even use their case to live stream a proposal to viewers all over the world. 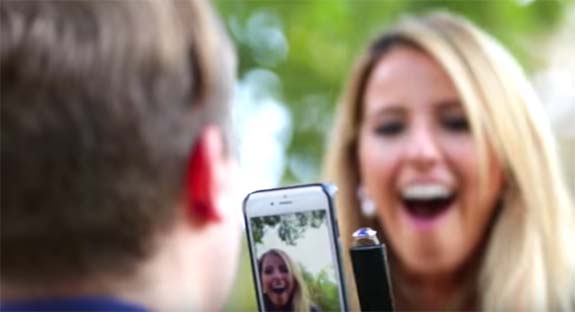 At just .60 inches thick, RokShok is far more discreet and easier to slip into a pocket than a traditional ring box, which is typically 2 inches thick. Obviously, "pocket bulging" is a no-no when it comes to delivering a surprise proposal. RokShok looks very much like a standard battery case and can conceal rings with center stones up to 2.5 carats in size.

With the proposal video and still shots efficiently captured, couples can instantly share the precious moment with friends and family. RokShok was designed based on research that millennials are more likely to share and announce their engagements online. According to the company, 57% of women put a picture of their engagement ring on Facebook; 79% of couples share their engagement news on social media; and 62% of couples posted a picture after they got engaged.

“On a more personal note, we believe that proposing is one of the happiest and most important moments in a couple’s life," said Ambler. "With that in mind, we think that having a record of that, to one-day share with their children and grandchildren, creates a unique value proposition. RokShok not only satisfies the need for instant gratification, but also offers long-term value by documenting a cherished memory for eternity.”