The largest D-flawless diamond ever offered at auction — a 163-carat emerald-cut stunner set in an emerald and diamond necklace by de Grisogono — fetched $33.7 million at Christie's Geneva yesterday. The piece was purchased by an anonymous bidder and the hammer price exceeded the pre-sale estimate by about 10%. 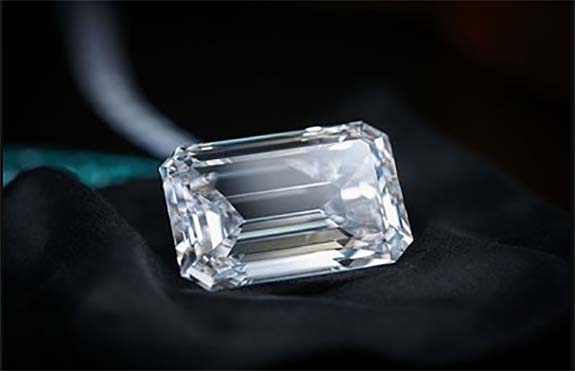 The extraordinary diamond, which was cut from a 404.20-carat Angola-sourced rough named “4 de Fevereiro,” had been billed as "the most beautiful diamond in the world." The necklace attained celebrity status as it toured Hong Kong, London, Dubai and New York before returning to Geneva for the high-profile sale at the Four Seasons Hotel des Bergues. 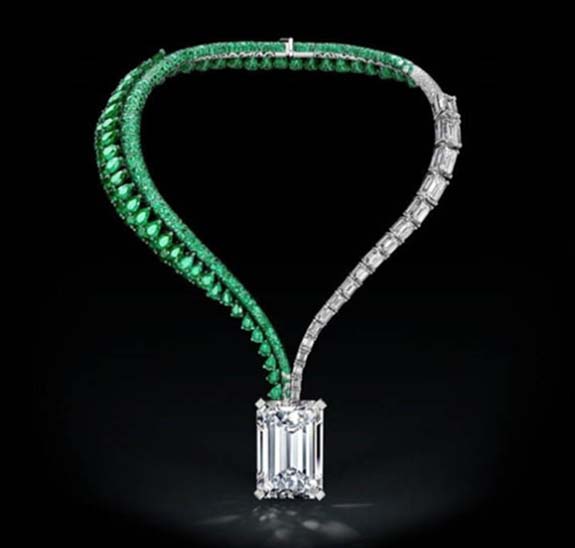 The asymmetrical necklace designed by Swiss jewelry house de Grisogono features cascading pear-shaped emeralds on the left side and cool, white emerald-cut diamonds down the right. The company chose to use emeralds in the design because the green color symbolizes good luck.

The final concept, named “The Art of de Grisogono,” was one of 50 proposed by the firm’s design team and took more than 1,700 hours to complete. The 163-carat diamond may be detached from the necklace and incorporated into other jewels. 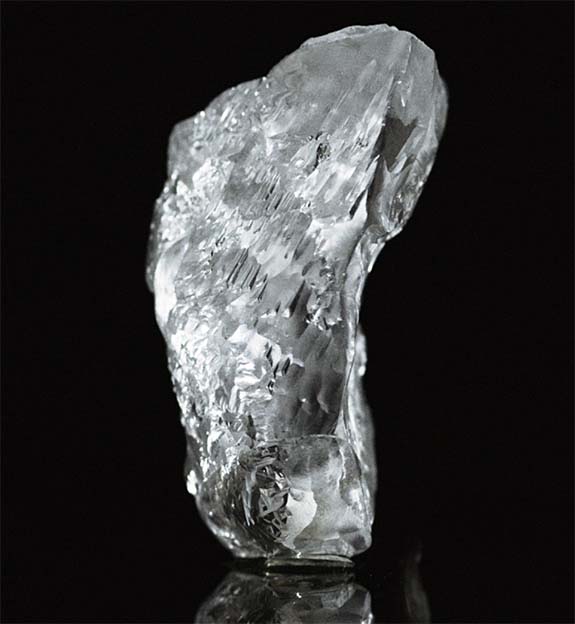 The oddly shaped rough diamond was cut in New York, where a team of 10 diamond-cutting specialists pooled their talents to map, plot, cleave, laser-cut and polish the gem into a stunning 163.41 carat emerald-cut stone.

The gem earned a D-flawless, Type IIa grade from the Gemological Institute of America. Type IIa diamonds are the purest of all diamonds because they are composed solely of carbon with virtually no trace elements in the crystal lattice. The 404.20-carat rough is the largest gem-quality rough diamond ever discovered in Angola.

“Over our 251-year history, Christie’s has had the privilege of handling the world’s rarest and most historic diamonds," noted Rahul Kadakia, International Head of Christie’s Jewels. "The sensational 163.41-carat perfect diamond suspended from an elegant emerald and diamond necklace propels de Grisogono into a class of their own.”