A 1794 coin believed to be the first silver dollar ever struck by the U.S. Mint recently fetched a record-breaking $12 million in a private transaction between Las Vegas collector Bruce Morelan and Irvine, CA-based GreatCollections Coin Auctions. 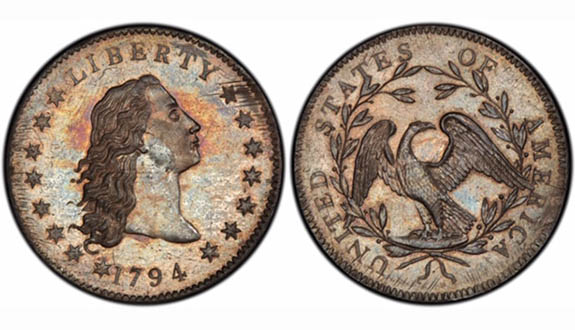 Dubbed the “Flowing Hair Silver Dollar,” the coin is a national numismatic treasure because it symbolized the young USA’s financial independence. The coin features a portrait of Lady Liberty on one side and an eagle on the other. This particular specimen stands above the rest because of its sharpness of detail.

"Researchers believe this coin was specially struck, perhaps as a presentation of the country’s first dollar coin," said Ian Russell, president of GreatCollections. "Because of its significance, it was likely seen by President George Washington, Treasury Secretary Alexander Hamilton, and then-Secretary of State Thomas Jefferson, who oversaw the young United States Mint."

Russell added that his newest acquisition is, without question, America’s most coveted silver dollar. Only about 140 still survive, and this 1794 silver dollar is the only known specimen-striking.

He characterized the coin as substantially better than the examples in the Smithsonian Institution’s National Numismatic Collection and the American Numismatic Association museum. 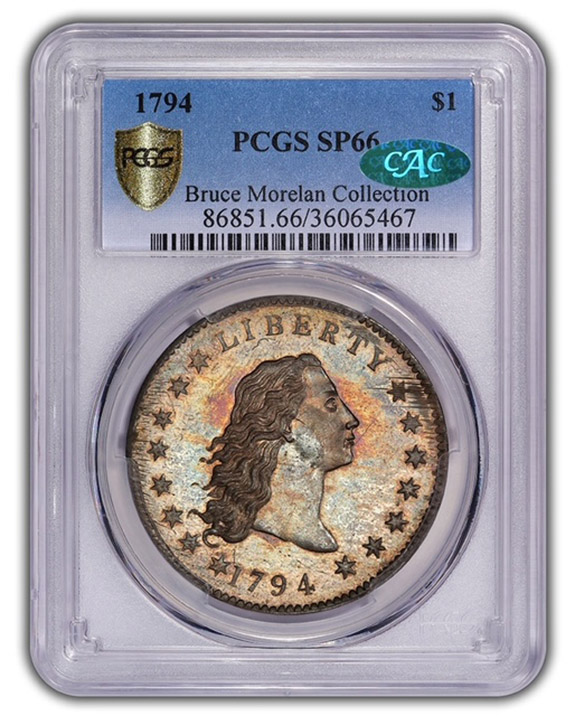 "It gave me chills closing the transaction for this piece of history,” he said.

In 2013, Morelan purchased the 1794 silver dollar for $10 million, a record at the time, and exhibited it across the country and in Europe.

One of the coin’s previous owners was Amon G. Carter Sr. (1879-1955) of Texas, a former publisher of the Fort Worth Star-Telegram newspaper.

“Coins are in my blood, and the 1794 dollar was a lifelong dream,” Morelan stated. “I’m truly blessed to have owned it, and hope the new owner has as much joy, pride, and satisfaction as I did.”

Morelan had intended to sell his famous silver dollar at auction in October of 2020, but the coin was withdrawn when it did not meet its reserve.

The $12 million price paid for the 1794 silver dollar ranks second on the list of the highest price ever paid for any rare coin. 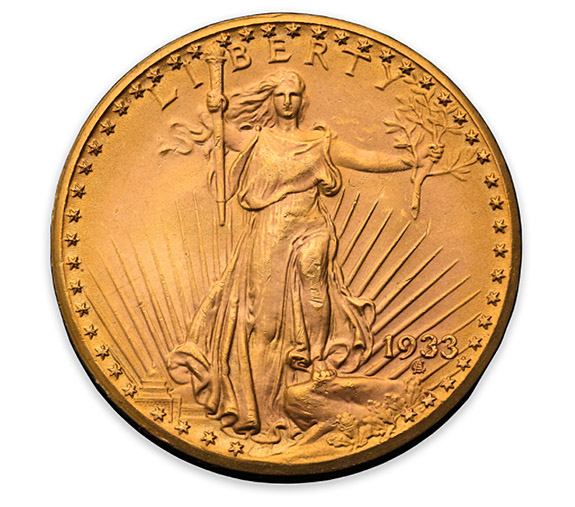 In June of 2021, a Depression-Era $20 gold coin that wasn’t meant to see the light of day became the world’s most valuable coin when it was scooped up by an anonymous bidder at Sotheby’s New York for a cool $18.9 million.

Although 445,500 Double Eagle gold coins were struck by the Philadelphia Mint in 1933, none of them were intended for circulation. In the midst of The Great Depression and faced with a banking crisis that spooked consumers into hoarding gold, the federal government outlawed the possession of gold coins.

Russell is very familiar with the $18.9 million coin. In August of 2021, he exhibited the gold piece at the 2021 Chicago World’s Fair of Money on behalf of its anonymous new owner.