A retired law-enforcement officer who was dragged nearly 20 feet and run over while attempting an arrest 13 months ago is now the happiest guy in Lexington, Ky., after his girlfriend said "Yes" to an unusual traffic-stop marriage proposal. 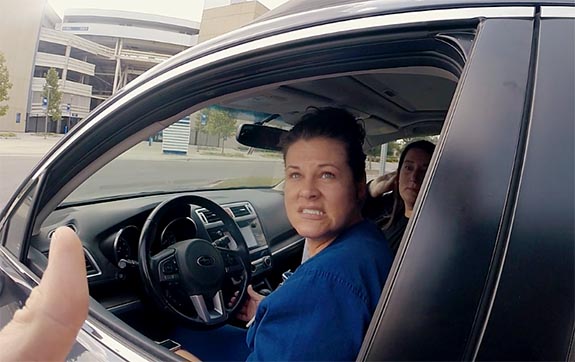 Shepherdsville Police Officer Rocco Besednjak, who was forced to retired due to the seriousness of his injuries, recruited the University of Kentucky Police to assist with his romantic, but mischievous, scheme to surprise Lauren Vincent, who is a nurse manager for the pediatric forensics unit at UK Children’s Hospital.

Because Vincent, 36, works for the University of Kentucky, Besednjak wanted the proposal to tie into the school.

On Thursday, August 10, Vincent and her supervisor, Dr. Christina Howard, who was in on Besednjak's scheme, took a drive to pick up a donation for the hospital. During the trip, which passed in front of UK's Kroger Field, Vincent was pulled over by a University of Kentucky officer.

The officer told Vincent that she had something dragging from the back of the car and that she needed to get out and take a look. 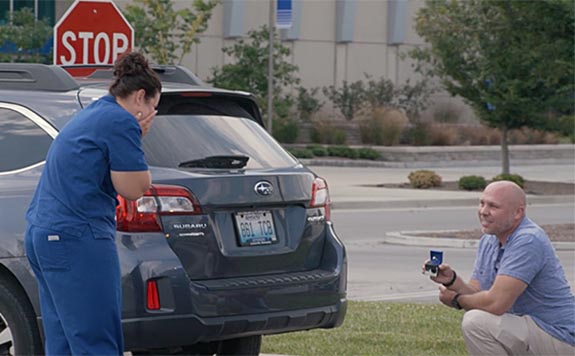 When she circled to the back of the car, Besednjak, 38, who had been hiding in the passenger seat of the officer's car, was already down on one knee with a ring box in his hand.

Vincent was startled for two reasons. Certainly, the marriage proposal during a traffic stop was surprising enough, but the nurse also couldn't believe her boyfriend was kneeling on his damaged leg only one week removed from spinal decompression surgery.

On July 3, 2016, Besednjak nearly lost his life while attempting to arrest a suspect at a gas station. The woman had an outstanding warrant, but instead of surrendering, she rammed Besednjak with her car and dragged him nearly 20 feet. His leg was run over during the tragic incident. The perpetrator received a 40-year sentence in May.

Now in the shadow of Kroger Field, Besednjak was ready with a diamond ring and a proposal for the love of his life.

"You know you make every day happy. You make my life the happiest it could have ever been," he said. "I hope you're not too embarrassed, but I love you a lot and I want you to marry me."

Before she answered, the healthcare professional had to admonish him.

"So, are you going to marry me?" he interrupted.

"Yes," she screamed, adding, “Why are you on your knee? You’re not supposed to be on your knee. I love you."

The couple embraced and then Besednjak handed Vincent the halo-style, yellow-gold ring to place on her own finger. 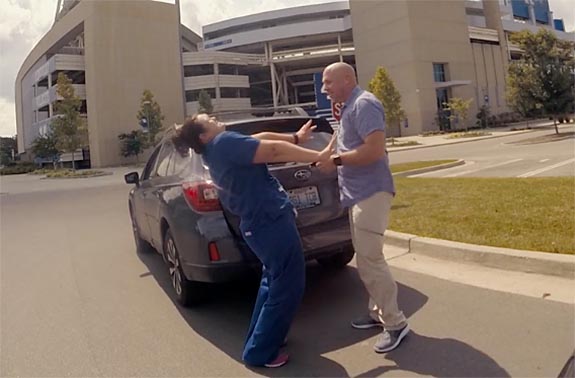 Vincent giggled with excitement, bending backward while viewing her new ring with her arms extended to the front. 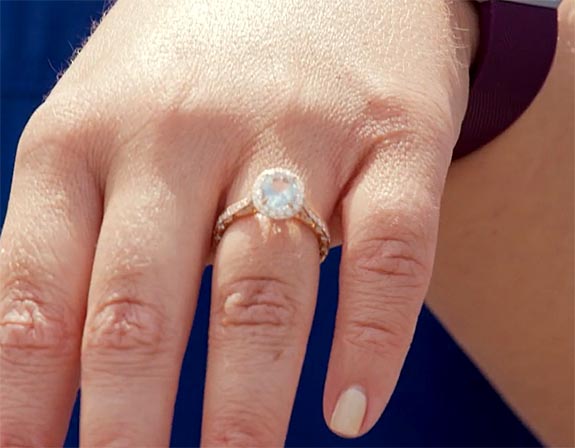 Unable to stay in the romantic moment, Vincent returned to the theme of Besednjak needing to take better care of himself.

"I was worried about why you were on your knee when you had surgery last week," she admonished. 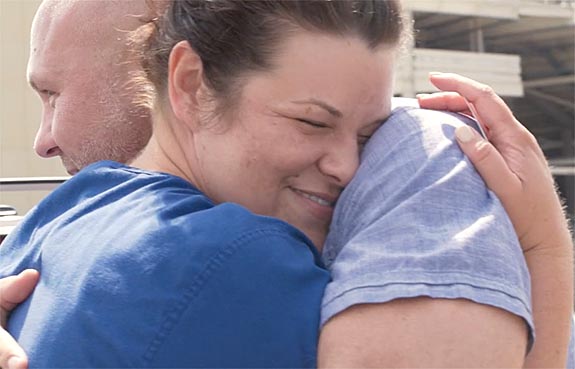 The proposal was captured from three camera angles — one shot by a videographer, one from the officer's body cam and one from a camera mounted in the ring box. See the video below.