We've all witnessed how Mother Nature works in mysterious ways, but who knew she was a World Cup soccer fan? 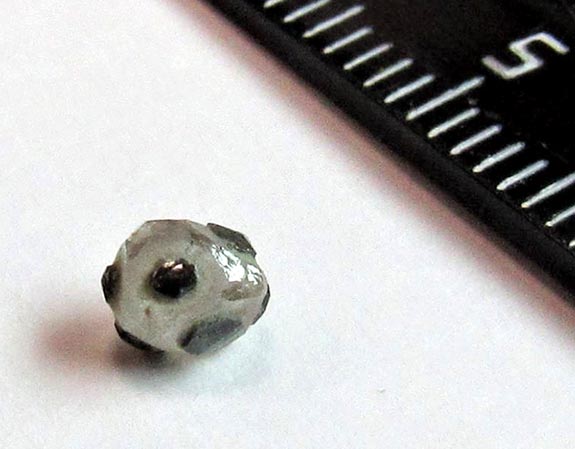 "Nature creates a variety of bizarre forms, but for the first time we've found a diamond in the shape of a soccer ball," Alrosa general director Sergey Ivanov said in a press release. "We hope that this is a good sign on the eve of the performance of the Russian national team in the quarterfinals.”

Igor Orlov, the governor of the Arkhangelsk region where the diamond was mined, recommended that the diamond be named "Igor Akinfeev" to honor Russia's star goalkeeper, who saved two penalty kicks in Russia's overtime win against Spain.

"It is noteworthy that the diamond was discovered on the eve of the quarterfinals, where our team made its way thanks in part to the brilliant game of Igor Akinfeev," Orlov said.

The host Russian team nearly pulled off a stunning upset in the quarterfinals, but lost to Croatia in a penalty shootout. 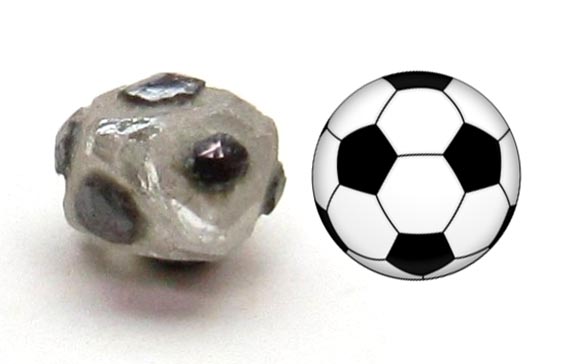 The half-carat diamond — which displays a similar shape and black-and-white coloration of a standard soccer ball — was plucked from Alrosa's Karpinskaya-1 pipe in Russia's Arkhangelsk region on Wednesday, July 4.

With more than $5 billion in sales annually, Alrosa has maximized its exposure as one of the main sponsors of the FIFA World Cup 2018™. Prior to the tournament, which will crown a victor this Sunday, the mining company introduced its "football" collection of 32 round polished diamonds. Each diamond weighs 0.3 carats and represents one of the teams of the international tournament. The collection will be sold at an auction in Moscow with the results being announced on July 30.

Headlining the football collection is a special unpolished stone weighing 76.53 carats. Alrosa encouraged fans to name the super-sized diamond via an online contest.

The French national team will challenge the winner of today's match between England and Croatia for the championship on Sunday.