Fura Gems is breathing new life into the 400-year-old Coscuez emerald mine in Colombia and its initial sampling has yielded 850 carats of high-quality gemstones, including an exceptional 25.97-carat rough gem named the "ARE Emerald." 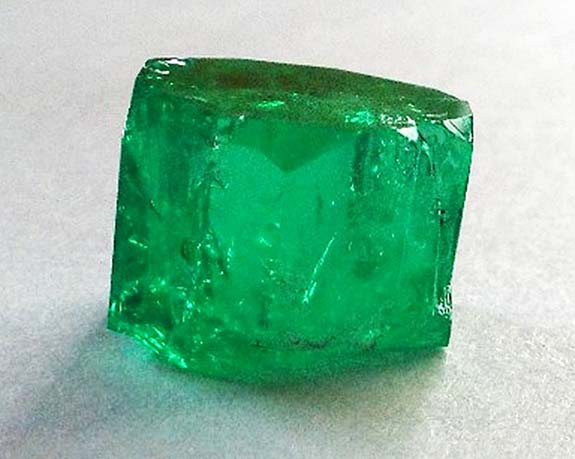 The ARE gemstone is “rare and exceptional" given its size, color, saturation and clarity, according to the Toronto-based mining company, and bodes well for the future output at the historic mine, which is located in Colombia’s Boyacá region.

The ARE Emerald is named after a figure in ancient Colombian mythology. Legend states that the Muzo creator God, ARE (also spelled Ar-e), formed two figures on the shore of the sacred Minero River. One was male (Tena) and the other was female (Fura). The Muzo people believed Fura and Tena were the parents of humanity and legend states that the tears of Fura became emeralds. Today, the Fura and Tena mountains, as well as a bountiful source of fine emeralds, are the lasting symbols of that ancient culture. 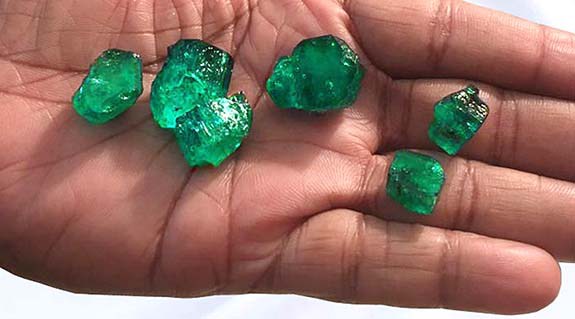 Although the Coscuez Emerald Mine has been in operation for more than 400 years, recent activities at the mine had been carried out on a very traditional, small-scale basis. Fura's automated mining operation will allow for the processing of 30 tons of material per hour.

“We firmly believe that mine has only been scratched on the surface, and the best is yet to come,” Dev Shetty, President & CEO of Fura, told mining.com. “We estimate that if we capitalize it from the current state itself, [Coscuez] will have a minimum life of about 25 years or more, and there is a potential to expand the life by doing core drilling.”

Since the commencement of Fura's bulk sampling program, 214 tons of host rock have been collected and a total of 1,831 carats of rough emeralds have been discovered — 850 carats of which are considered high-quality gemstones.

Shetty noted that the gem-quality emerald rough will be sold via auction, with the first offering taking place during the second quarter of 2019. Fura holds a 76% stake in the Coscuez Emerald Mine.