Donning a headlamp and wetsuit, 60-year-old metal detector enthusiast Lou Asci waded waist-deep into the Atlantic Ocean off the coast of New Hampshire to rescue a diamond wedding ring lost a week earlier by 29-year-old Francesca Teal. It was the third time Asci searched the site. 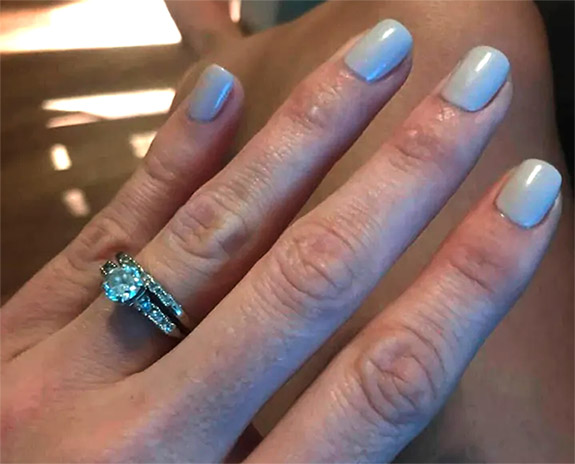 “I don’t take failure all too well,” Asci told The Boston Globe. “I wanted to go back and give it one last shot.”

Teal had lost her cherished family heirloom on August 6 while tossing a football with her husband, Austin, in the shallows at North Beach in Hampton, NH, about 40 miles north of Boston. The soldered-together engagement ring/wedding band combo carried extreme sentimental value because the rings had been passed down from her great-grandmother. 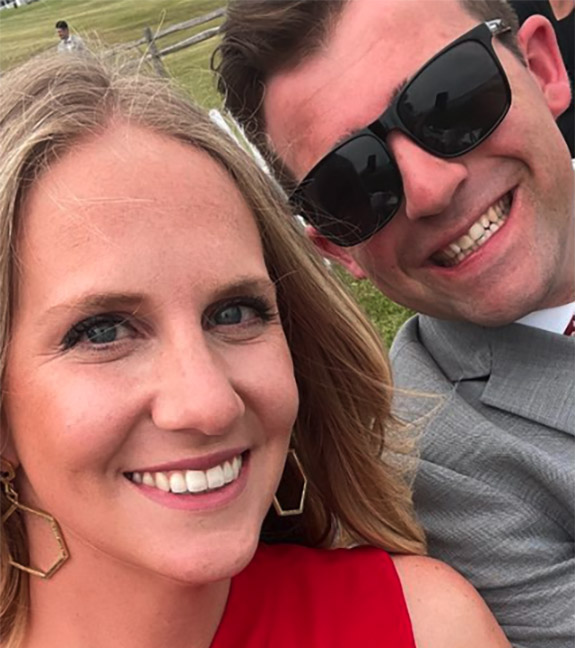 “This one throw hit my hand, and I saw the ring pop off my finger and go into the water,” Teal told The Globe. “In that moment, my heart dropped.”

Austin marked the approximate spot the ring hit the water. They borrowed a pair of goggles from a nearby beachgoer, but couldn't find the ring. After two hours, the gave up.

When the got home, Teal then turned to social media for help. She posted a plea and a reference photo on the Hampton Beach Residents & Friends Facebook page.

She wrote," “Hello! Long shot here… earlier today I was at The Wall, North Beach, Hampton N.H. & unfortunately lost my wedding ring in the ocean. We searched for hours with no luck… hoping this gets to anyone who might have a metal detector and goes to North Beach frequently. It was in front of/around the 18th street area… just hoping if someone does happen to find it it can make its way back to me… I appreciate all the help from those on the beach today looking as well. Here’s a photo for reference… thank you!”

Members of the Facebook page enthusiastically shared Teal's story and before long it caught the attention of Asci, a resident of Marshfield, MA, who wrote to Francesca and told her, "Don't lose hope." He was on the case.

Asci failed in his first two attempts to find the ring, but on the third try — on August 14 — he decided to venture further out into the surf.

“It was getting late, it was getting dark, and the tide was coming in,” Asci told The Boston Globe. “I decided to go out deeper than where I thought it was.”

The water was higher than waist level when he got the hit he was hoping for. The ring had been buried under four inches of sand. 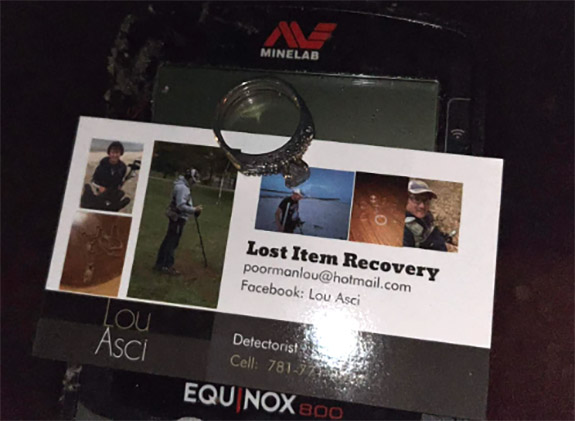 Asci sent Teal a photo of his find along with a comical tongue-in-cheek message: “Please tell me this is the ring so I can finally get off this beach.”

The hero ring finder even traveled to the Teal home so Austin could place the ring back on Francesca's finger.

Teal returned to the Hampton Beach Residents & Friends Facebook group to report the great news and to credit the numerous people who helped in the efforts to get her ring back.

“My ring was found and has been brought back to me!” she wrote. “Thank you to everyone who shared that post, sent well wishes or prayed to St. Anthony. But mostly thank you to Lou Asci & all the other very kind, generous & inspiring strangers that took time out of their days to search for it."

She commented that she was overwhelmed by the kindness of strangers.

"It has been so amazing to witness humanity in this positive way & has brought so much faith to myself & others," she added. "People helping people, I will always extend my hand to others in the way you all have showed to me. As my Dad would say, ‘Do good, be good.’ Thank you, thank you, thank you.”

Ironically, Asci found a second ring — a men's wedding band — while searching for Teal's ring. He shared news about his find on the Hampton Beach Residents & Friends Facebook group and is hoping to return it to its rightful owner.