“The Sienna Star,” a 73.11-carat fancy vivid yellow diamond, is being promoted as the top lot at Sotheby’s Magnificent Jewels sale in New York City on June 9. 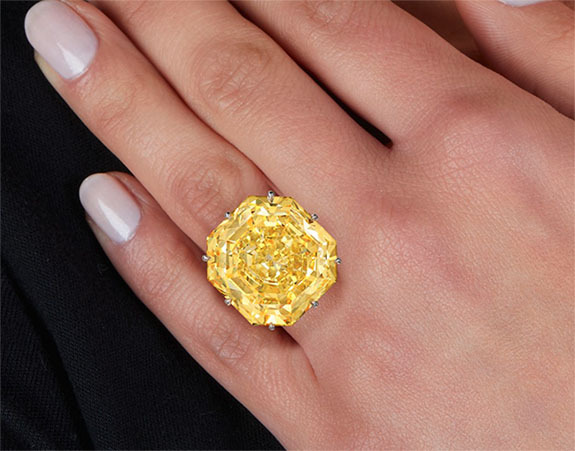 Characterized by the Gemological Institute of America as “a standout item in the extraordinary world of gemstones,” the cut-cornered square, step-cut diamond boasts a VS2 clarity rating and the highest GIA color grading for a yellow diamond.

Sotheby's noted that "The Sienna Star" is one of the largest fancy vivid yellow diamonds ever to be auctioned and is likely to sell for $3 million or more. 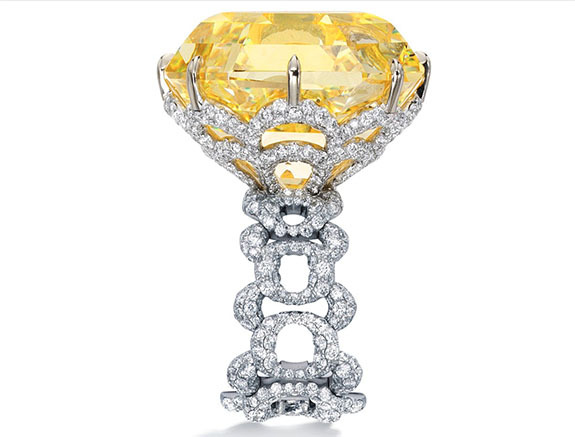 The large yellow diamond is at the center of an 18-karat white gold ring intricately set with pavé diamonds and a flexible shank. The total weight of the accent diamonds is 4.45 carats.

Sotheby's commented that the ring and central diamond complement each other perfectly, creating a piece of truly wearable art.

The piece was designed by London-based master jeweler Glenn Shapiro, an East Londoner, who grew up in a working-class family and left school at 15 to become a goldsmith’s apprentice at English Artworks, Cartier’s workshop in London.

After designing for other houses for nearly 25 years, Spiro established his own house, G, in 2014, on Mayfair’s Bruton Street. According to Sotheby's, Shapiro quickly earned the reputation of being an artist whose designs are at once contemporary and timeless, and always set with exceptional stones. 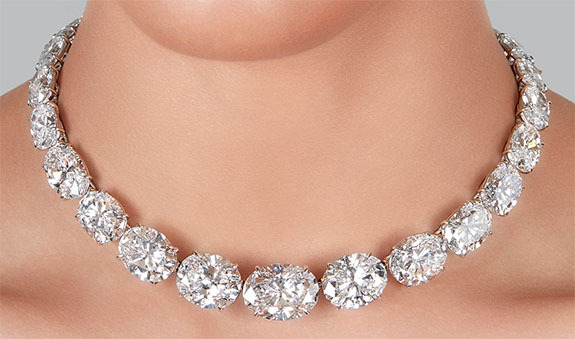 Another highlight of the New York auction is a magnificent 15-inch necklace by Andrew Clunn. Set with 28 oval-shaped diamonds totaling more than 168 carats, the piece carries a high estimate of $3 million. The graduated diamonds range from 3.00 to 17.01 carats in weight, E to H in color and VS2 to Flawless in clarity. 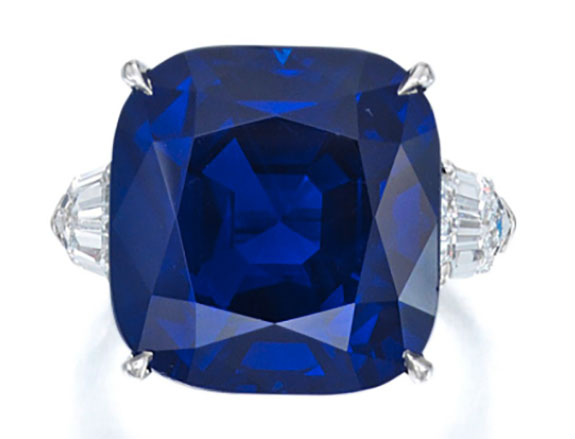 Also scheduled to hit the auction block is a Bulgari-designed ring set with a 25.29-carat Kashmir sapphire flanked by tapered, bullet-shaped diamonds. The auction house is predicting that it will sell for about $3 million.

Sotheby's noted that all the pieces sold on June 9 will be worn during "The Roaring Twenties 2.0," a period that reflects a return to normalcy after more than a year of COVID-19 disruptions.