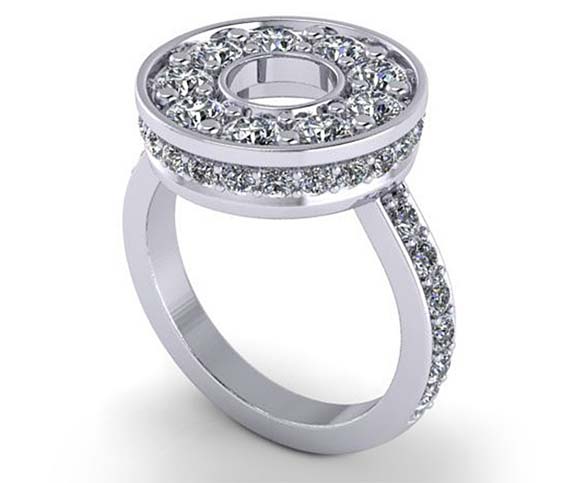 Nine round diamonds encircle the top of the ring in a configuration that could be mistaken for a contemporary halo-style engagement ring, except for the void where the center stone would be. In addition, the halo's side profile is dotted with smaller diamond accents, as is the white metal band.

"Although we've been known as America's slider provider for more than 98 years, our Original Chicken Rings have rung up a significant following with their crispy, dippable flavor," said White Castle VP Jamie Richardson. "We recognize it's time to treat these Chicken Ring lovers by offering a chance at more than a thousand prizes..." 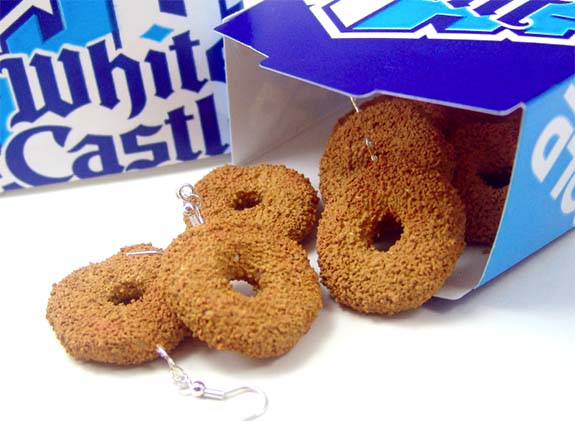 White Castle is accepting entries two ways. The first requires the customer to visit the prize website, fill out a short form and upload a picture of a White Castle receipt that includes the purchase of Chicken Rings and at least one small soft drink. Online entrants will receive a coupon redeemable for one small order of french fries.

There is also a mail-in option that requires no purchase. Click this link for more info.

Formally known as the "Dr Pepper Ring Thing Giveaway," the contest launched on June 27 and runs through August 31. The Grand Prize winner will be drawn randomly on September 12, according to the official rules. Each entrant must be a U.S. citizen and at least 18 years of age.

A regional hamburger chain with 599 locations in 13 states, the 98-year-old brand earned worldwide attention after the release of the 2004 flick Harold and Kumar Go to White Castle.