Today we shine our spotlight on the 330-carat "Star of Asia," one of the world's finest star sapphires and a stunning representation of September's official birthstone. 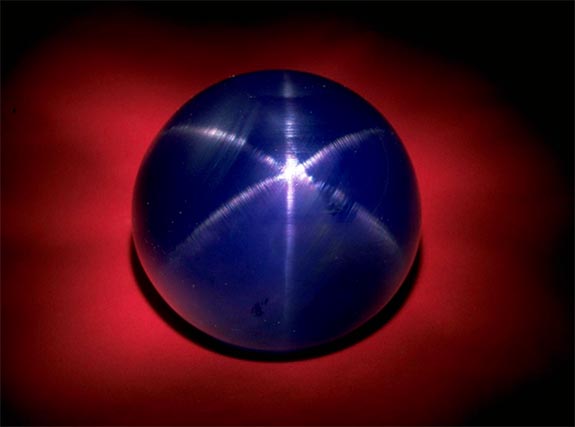 Originating from the historic Mogok mines of Burma (now Myanmar), the blue-violet sapphire is said to have belonged to India’s Maharajah of Jodhpur and eventually obtained by famed mineral dealer and collector Martin Leo Ehrmann. The impressive gem was acquired for the National Gem Collection in 1961 and continues to be a popular attraction at the Janet Annenberg Hooker Hall of Geology, Gems and Minerals of the Smithsonian’s National Museum of Natural History, in Washington D.C.

Renowned for its impressive size, intense color and sharp star, the Star of Asia is considered a phenomenal stone. 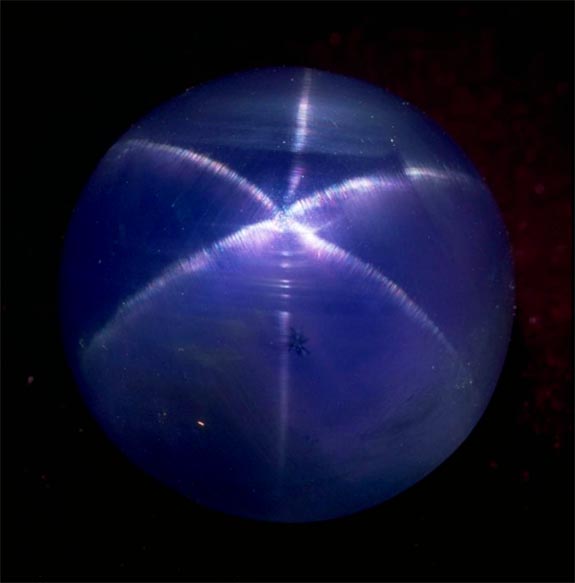 According to the Smithsonian, the star forms when titanium atoms are trapped within the growing corundum crystal. As the crystal cools, the titanium forms needlelike crystals of the mineral rutile, which orient themselves in three directions. When properly cut, light reflecting off the three sets of needles produces the six-rayed star. This phenomenon is called "asterism," which is derived from the Latin word “astrum,” for “star.”

Internetstones.com points out that the "Star of Asia" reflects the skills of a master cutter, who did an excellent job shaping the cabochon to bring out the maximum asterism and to ensure it would appear precisely in the center of the stone.

Historically, the finest and most vibrant gem-quality sapphires have come from Sri Lanka, Burma and the Kashmir region of India. The historic Mogok tract of Burma has been producing museum-quality rubies and sapphires since the 15th century.

All sapphires are made of the mineral corundum (crystalline aluminum oxide). In its pure state, the corundum is colorless, but when trace elements are naturally introduced to the chemical composition, all the magic happens. Blue sapphires occur, for instance, when aluminum atoms are displaced with those of titanium and iron in the gem’s crystal lattice structure. The blue-violet color is achieved when the element vanadium is added to the mix. Corundum has a hardness of 9 on the Mohs scale, compared to a diamond, which has a hardness of 10.

Sapphires are seen in a wide spectrum of colors, including pink, purple, green, orange and yellow. Ruby is the red variety of corundum.