Quick action and perfect timing are credited with saving $100,000 worth of diamond jewelry from a ghastly demise at the Hall County landfill, about 50 miles northeast of Atlanta. 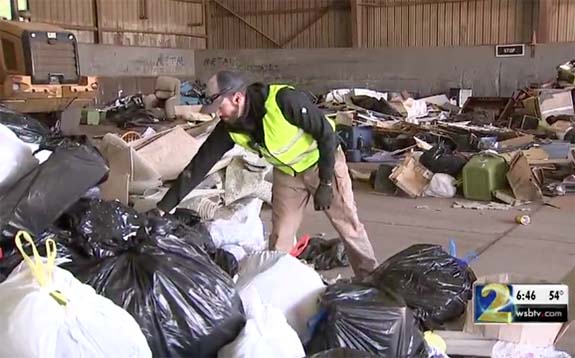 This past Friday, a Georgia woman (who wishes to remain anonymous) mistakenly threw away two diamond rings and a tennis bracelet. Even though she felt sick to her stomach when she realized what had happened, her timely call for help made all the difference in getting the jewelry back.

Had she alerted authorities just 15 or 20 minutes later, the garbage truck containing her precious keepsakes would have dumped its cargo at the face of the giant landfill and the jewelry would have been compacted into the ground. 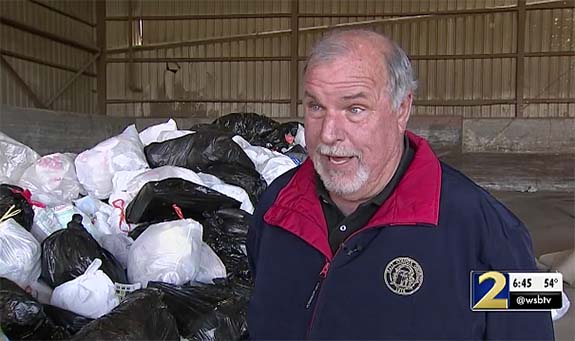 Instead, Hall County’s Solid Waste Director Johnnie Vickers was able to divert the truck to a sorting station, where five crew members tore through 10 tons of garbage. Their only clue was that the jewelry was in a black trash bag. 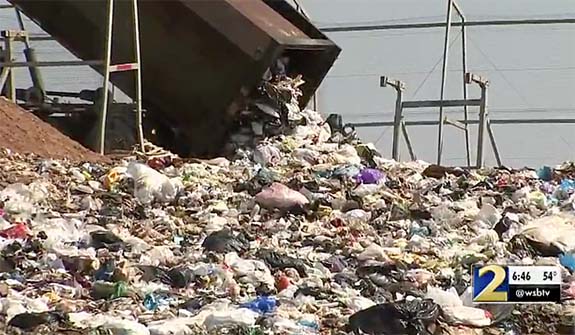 Sorting through a holding area containing 10 tons of trash from a single truck is much more manageable task than sorting through a landfill area, where convoys of trucks dump their loads for compacting.

Vickers told gainsvilletimes.com that if the truck ended up at the landfill, "1,000 people couldn’t have found [the jewelry]. It would have been gone forever.”

The solid waste director said that he receives one or two calls per week from frantic customers who have accidentally trashed valuable possessions, such as their keys, wallet or purse.

“We try to treat it just like it’s our own," Vickers told gainesvilletimes.com. "People make mistakes and accidents happen. We do our best to try to get them their property back — if there’s a possibility of getting it back.”