Former First Lady Barbara Bush, who passed away last week at the age of 92, was rarely seen in public without her signature pearl necklace. Whether she was posing for an official White House portrait or helping her husband throw out the first pitch at a Houston Astros baseball game, pearls were always an essential part of her wardrobe. 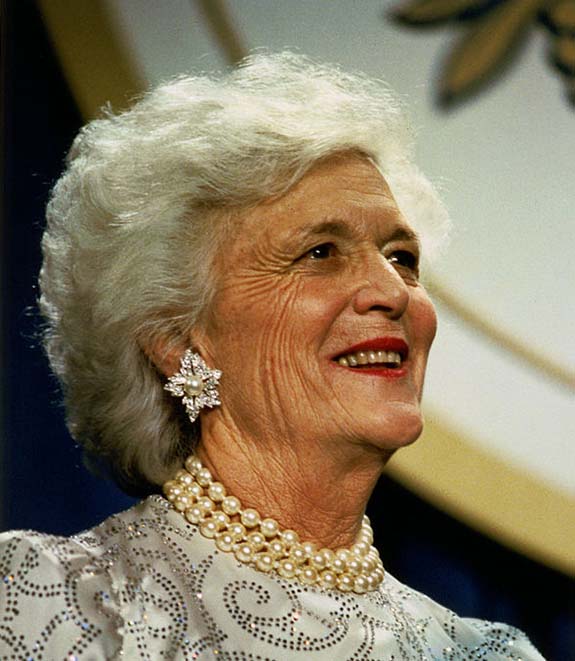 During the presidency of her husband, George H.W. Bush, Barbara's favorite accessory became a symbol of the First Lady's class, elegance and Southern charm. They even earned the nickname "Barbara Bush Pearls." Her deputy press secretary Jean Becker said at the time that Barbara owned at least 10 different pearl necklaces.

Barbara famously wore a three-strand faux pearl necklace to her husband's inaugural ball in 1989. Women took note, and the demand for pearls — both simulated and cultured — went off the charts. Barbara donated the inaugural pearls to the Smithsonian Institution in 1990.

Over the past few days, women from coast to coast have been honoring the memory of the First Lady by wearing their own pearl necklaces and posting tributes on social media using the hashtag #PearlsforBarbara.

Known for her spitfire personality and wry sense of humor, Barbara once joked that she wore her three-strand pearl necklace so much that if she ever took it off her head would fall off. 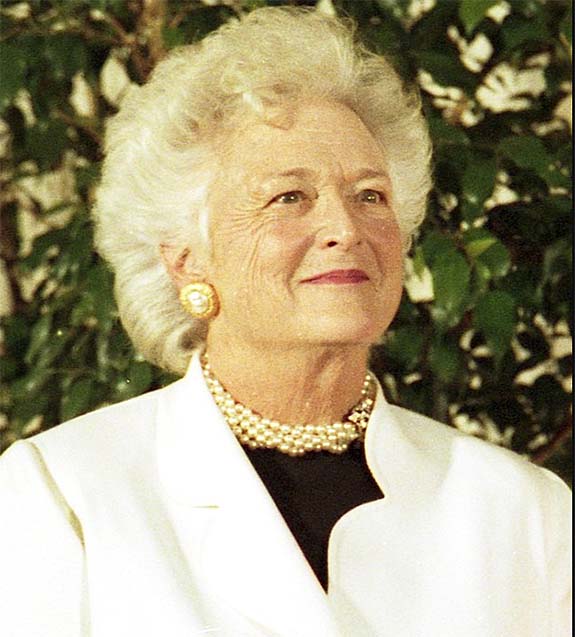 While appearing on the Today show in 2015 with her granddaughter, Jenna Bush Hager, the self-effacing First Lady spoke about her affection for pearls.

"The pearls are to cover the wrinkles, which they no longer do," she said. "You can't wear pearls all over your face."

Some 1,500 guests — many wearing pearls — filled St. Martin's Episcopal Church in Houston for the former First Lady's funeral on Saturday. She was remembered as a loving wife, mother and friend with a devilish sense of humor.