Back in 1993, billionaire Warren Buffett tried to convince fellow billionaire Bill Gates to spend $370 million on an engagement ring, according to author Glen Arnold in his newly released book, The Deals of Warren Buffett Volume 2: The Making of a Billionaire. 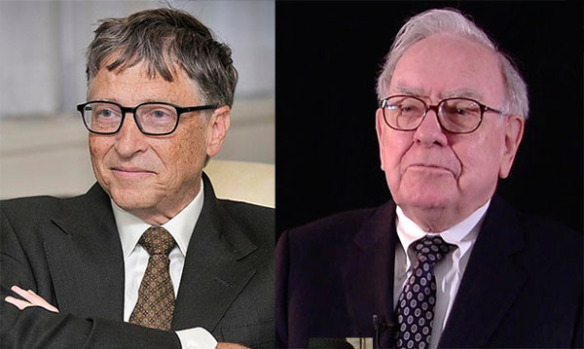 According to Arnold's account, Gates and his future wife, Melinda, were visiting Omaha to attend a Berkshire Hathaway shareholder's conference. Buffett met the couple at the airport and whisked them to one of his businesses, Borsheims, to do some engagement ring shopping.

In making his pitch to the Microsoft founder, Buffett explained that he spent 6% of his net worth on an engagement ring in 1951 and that Gates should follow suit. At the time, Gates' net worth was $6.2 billion, so the 6% budget would put the ring price at $370 million.

While Gates didn't buy into Buffett's pitch, a $370 million purchase in 1993 would be equivalent to $660 million in today's dollars.

If Gates did, in fact, have an engagement ring budget of $660 million today, what could he buy?

It's been reported that Gates proposed to Melinda with a 1-carat diamond ring. The couple took their vows in Hawaii in 1994 and have been married for 25 years.

Having failed to convince his friend to make the $370 million purchase in 1993, Buffett reportedly joked, "We didn't have quite as big a day that Sunday as I had hoped."

Buffett, 89, and Gates, 64, remain close friends and are considered two of the richest men in the world. Buffett's net worth is estimated at $87 billion, and Gates' net worth is approximately $106 billion.

A famously frugal man despite his riches, Buffett was remarried to Astrid Menks in 2006 after his first wife passed away. He bought the engagement ring at Borsheims and his daughter reportedly said that she was "sure" her dad took advantage of the employee discount.