In Anderson Cooper's bestselling book, Vanderbilt, about the unfathomable rags-to-riches-to-rags saga of one of the most famous families of America's Gilded Age, the journalist describes the extraordinary opulence of The Breakers, the 70-room, 138,000-square-foot Italian Renaissance-style palazzo that served as the Newport, RI, cliffside summer home for Cornelius Vanderbilt II and his family. Cornelius is Cooper's great-great grandfather.

In the book's Prologue, we learn that as one of the richest men in the world, Vanderbilt spared no expense in building what Cooper described as a "temple to Vanderbilt money and ambition." The $7 million Cornelius spent on the project from 1893 to 1895 was equivalent to $220 million in today's dollars. 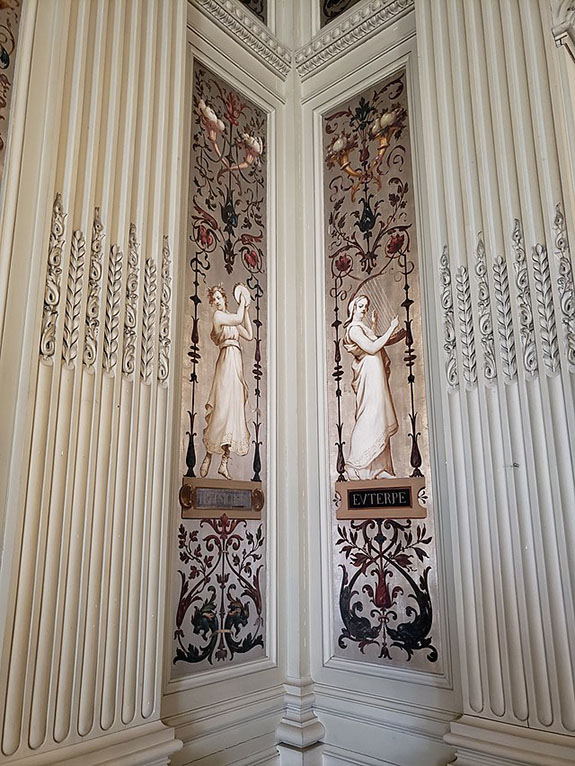 In one passage that sparked our curiosity, Cooper — whose mom is the late Gloria Vanderbilt — described The Breakers' morning room walls as "paneled in platinum."

After a little digging, we learned via an excellent January 2007 article in the journal AIArchitect that within The Breakers' elegant morning room there are eight gleaming, distinctive leaf panels accenting all four corners of the room. The platinum decorations, which feature elements of Classical mythology, also overlap onto the ceiling panels. 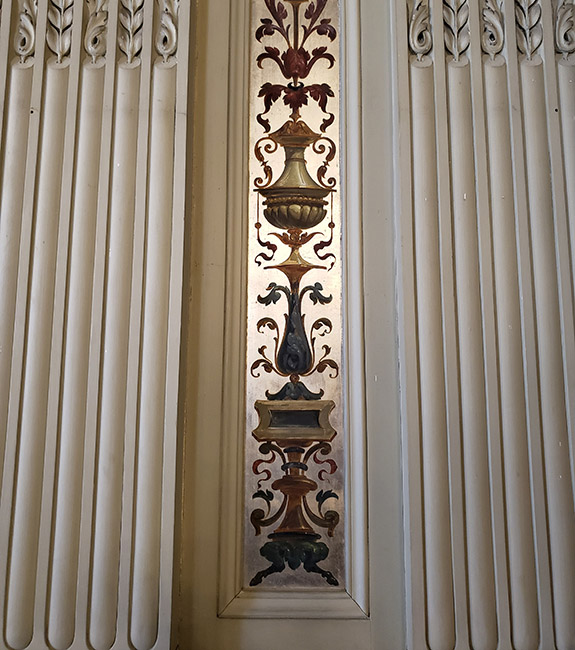 Back in 2006, the chief conservator of The Preservation Society of Newport County in Rhode Island, which now operates The Breakers, was curious to learn why the silvery metallic surfaces adorning the morning room hadn't tarnished in more than a century. Originally, the leaf was believed to be either silver, aluminum or tin.

The Society worked with the Delaware-based Winterthur Museum, which employed a non-invasive, state-of-the-art conservation technique to determine that the silver-colored leaf was, in fact, made of platinum. This noble metal, like gold, will not tarnish or oxidize.

“Silver-colored metals usually tarnish and degrade,” said Jeff Moore, chief conservator for The Preservation Society of Newport County, at the time. “I often wondered about this particular leaf and suspected it was not silver. I expected to discover it was aluminum."

Moore went on to describe how designers of that era would use tin or aluminum leaf and add a yellow varnish on top to make it look like gold.

"To find platinum up there in thin leaf form was really interesting," Moore added. "Even in the Modern Era you would be hard-pressed to find a platinum surface of any kind in favor of more inexpensive aluminum, copper or tin. Platinum is even more expensive than gold.”

Moore explained that the use of platinum leaf during that period was virtually unheard of.

"There is almost no documentation of its use in architecture during the Gilded Age," he said.

When The Breakers was completed in 1895, Vanderbilt was president and chairman of the New York Central Railroad, the company his grandfather, Commodore Cornelius Vanderbilt had founded after making his first fortune in shipping.

The home remained in the Vanderbilt family through 1948, but the ever-increasing expenses related to maintaining an aging structure and 13 acres of landscaped grounds proved to be too overwhelming for a family that squandered its riches. They worked out a deal to lease the home to The Preservation Society of Newport County for $1 per year.