Unlike Europeans, US Couples Seek Parents' Blessing Prior to Marriage Proposal: Survey May 6, 2019

Unlike their European counterparts, the vast majority of US couples still ask for their parents' blessing prior to the marriage proposal, according to a 14-country wedding survey conducted by The Knot, WeddingWire and Bodas.net. 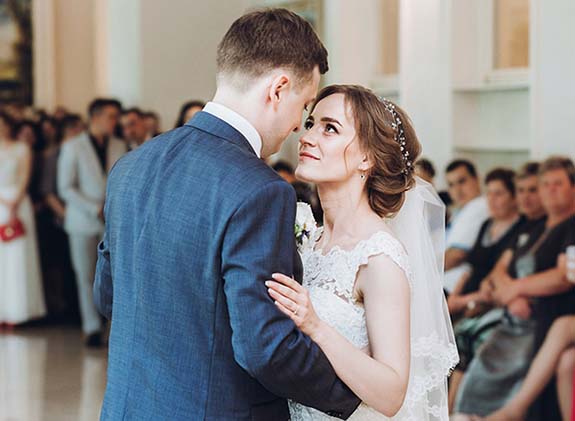 The first-ever Global Wedding Report — which is based on the experiences of 20,000 couples — sought to discover the cultural differences and varying societal norms related to engagements, wedding planning and celebrations across Europe, North America, Latin America and India.

“Seeking parents’ permission ahead of [the marriage proposal] is one of the areas where we saw some of the biggest differences,” noted Lauren Goodson, Senior Director of Insights at The Knot Worldwide.

She explained that while 67% of U.S. couples will ask for parental blessings, the practice is much less common in France (14%), Spain (9%) and Italy (8%). In those European countries, it's common for the couple to make the decision to marry and then share the news with their parents.

Another interesting finding was that the tradition of popping the question, while still immensely popular in the US, Mexico and Canada, is not as prevalent elsewhere. More than 80% of couples in North America will experience a "bended knee" proposal. But, that number is only 50% in Italy, where couples are far more likely to jointly agree to take the next step in their relationships and buy the ring together.

For nearly all countries surveyed (13 out of 14), December reigned as the most popular engagement month. However, in India, couples most often report getting engaged in either February (20%) or January (13%), likely due to the preference of holding the engagement ceremony, as well as the wedding, on an auspicious or “good-luck” day.

Planning a wedding that is a true reflection of a couple’s unique love story is no easy feat, and doing so takes couples varying amounts of time around the globe, according to survey results.

Couples in Colombia, for example, report planning their wedding in just seven months — the shortest wedding planning timeline worldwide — followed by couples in India (8 months), Chile (8 months) and Peru (9 months). On the other hand, couples in the US and UK tend to have almost twice as much time for wedding planning, with engagements lasting 14 and 15 months on average, respectively.

Internationally, the most important factor determining the wedding cost is the guest count. Although the number of wedding guests varies significantly from country to country, Chile-based couples have the smallest weddings with an average of 91 guests, while couples in India, on average, welcome 524 guests (Indian weddings typically span multiple days).

Couples based in Peru, Chile and Colombia typically pay for roughly 55% of the wedding costs, while couples in other regions tend to receive more financial support from family members — especially in Spain and Italy, where they cover roughly two-thirds of the wedding expenses.

The Global Wedding Survey, which was conducted in December of 2018, provided insights from 20,000 recently married couples in the US, Canada, Mexico, Brazil, Argentina, Colombia, Peru, Chile, the UK, Spain, Italy, France, Portugal and India.