An amateur metal detectorist is bracing for a half-million-dollar windfall after digging up an ultra-rare, 765-year old "Henry III gold penny" on a farm in Devon, England. 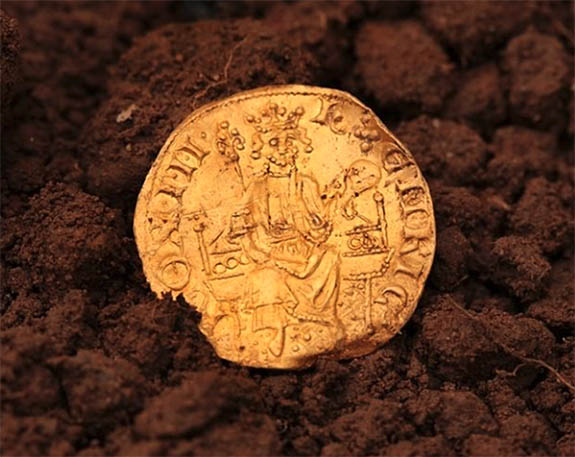 Gregory Edmund, a numismatist with London-based auctioneer Spink & Son, told CNN that the treasure hunter didn't realize the value of his find until he posted a photo of the 1257 penny on Facebook.

Edmund spotted the post and contacted the metal detectorist with the news that he had discovered one of the most significant coins in the history of English numismatics. There are only eight known to still exist and most of those are displayed in museums.

The lucky gentleman, who wishes to remain anonymous, put out a statement that read, "How it has survived three-quarters of a millennium relatively unscathed is truly miraculous. Like every hobbyist who continues to dream, my wish that day came true, and I just happened to be the very fortunate one." 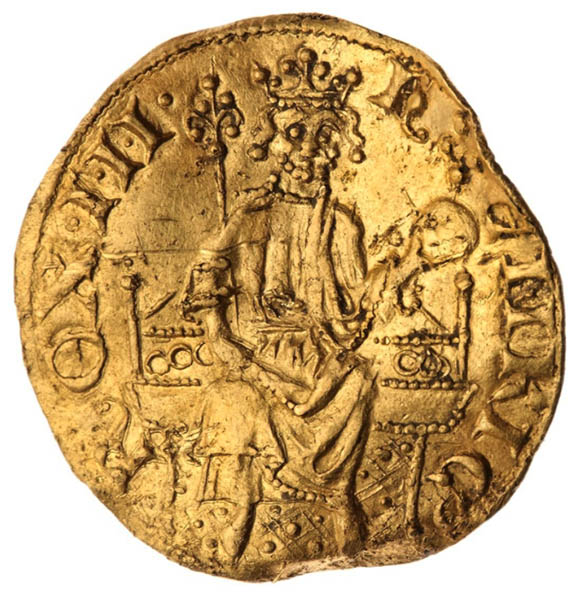 Described as the first "true" portrait of an English king on a coin, the obverse shows Henry III sitting on a throne with a scepter in his right hand and an orb in his left. Around the edge of the coin are the words "Henric," meaning Henry, and "Rex I.I.I," for the third king. 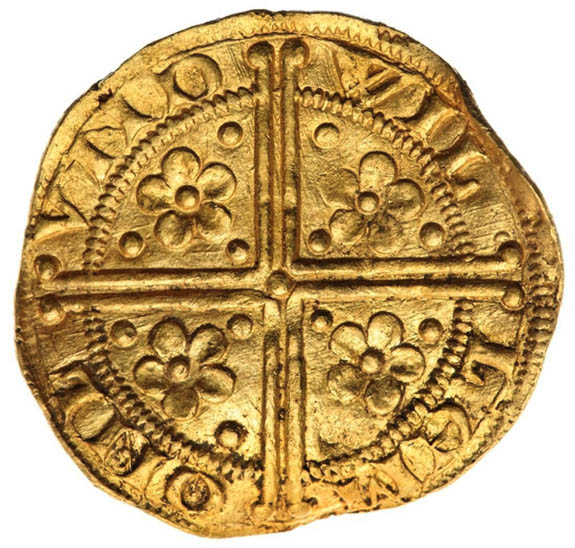 The reverse shows a long cross and four five-petalled roses, along with the name of King Henry III's goldsmith, William of Gloucester, around the edge.

Having assumed the throne as a nine-year-old, King Henry III ruled England from 1216 until his death in 1272.

The coin is historically significant because it marked the return of gold coinage into Europe after a near-500-year hiatus. Currency at the time was silver-based.

The reason why so few Henry III gold pennies still exist is because nearly all of them were melted down.

When 50,000 of these coins were first minted in 1257, they were generally rejected by merchants and the public. The monetary value was equal to 20 silver pennies and the melt value of the gold was worth more than the coin itself. Gold coins didn't return to the scene in England until the reign of Edward III in 1344.

The ones that still exist have become a hot commodity at auction houses around the world. At Dallas-based Heritage Auctions in January of 2021, a similar Henry III gold penny received 17 bids and eventually sold for $720,000. That coin had been in a private collection for 25 years after being purchased at a Spink-Christie's auction in 1996, according to published reports.