Style icon, cover girl, runway model and reality star Kendall Jenner dished to Elle.com on Tuesday that when it comes to picking an engagement ring, she'd rather be surprised by her boyfriend than make the selection herself. She did add, however, that she'd likely drop him a bunch of hints along the way so he gets it right. 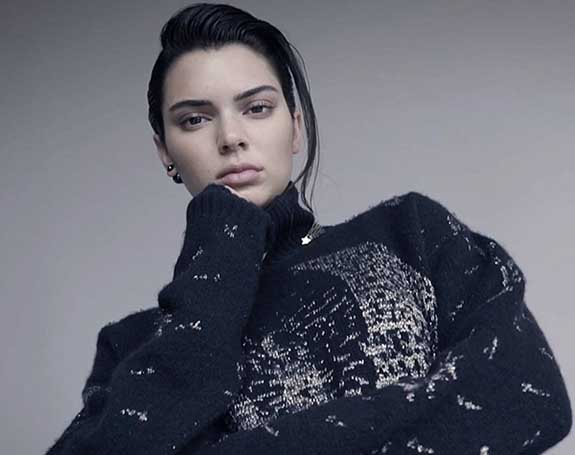 When Elle.com asked, "Are you someone who wants to pick out your engagement ring or do you want to be totally surprised?" the statuesque 23-year-old said, "I mean, I kind of love the idea of letting the man pick it and having it be that pretty thing that he kind of thought of himself."

There's something "kind of romantic" behind the idea that her boyfriend was involved in the design concept of the ring, she said. "But at the same time, I'm the type of person that would give hints and be like, 'I kind of want this.'"

When the Elle.com interviewer suggested that Jenner could DM (direct message) pics of potential rings to her boyfriend, NBA pro Ben Simmons, the star of Keeping Up With the Kardashians chuckled and said, "Totally."

With a huge social media following, including 108 million on Instagram alone, Kendall is a high-profile lifestyle influencer of young women from coast to coast and around the world.

When asked if there is one piece of jewelry she can't leave the house without, Jenner explained she'll usually throw on a pair of earrings if she's feeling "a bit spare."

"I think that's the easiest thing to get away with if you don't want to wear too much," she said.

Jenner also revealed that she and her siblings have their eyes on the extensive jewelry and watch collection of their mother, Chris Jenner.

Said Kendall Jenner, "We're all kind of waiting for one day for her to feel generous and be like, 'You guys want this stuff?'”