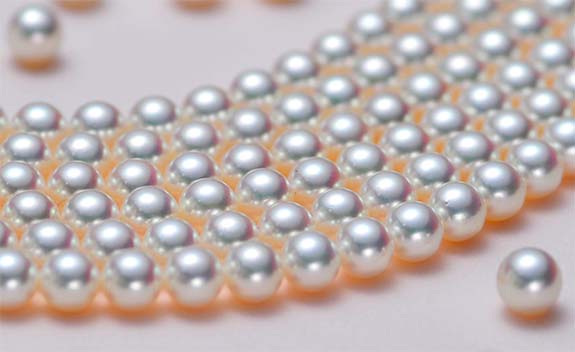 For more than 1,000 years, natural pearl farming had been a vital part of Hong Kong's culture. Colonists called Hong Kong the "Pearl of the Orient."

Eventually, overfishing in the waters off southern China made it impossible for natural pearl farmers to earn a living. In the 1950s, Hong Kong pearl farmers made a valiant, but unsuccessful, attempt to compete with their powerful Japanese counterparts in the cultured pearl trade. The region's last pearl farmers called it quits in 1981.

But now, a 58-year-old scientist named Yan Wa-tat is convinced that Hong Kong's pearl industry can make a comeback. A few years ago, Yan abandoned his career in Hong Kong's banking sector to try something “more interesting and also more productive for our society,” he told the Hong Kong Free Press.

He pursued a PhD at Hong Kong University’s School of Biological Sciences and began looking at ways to introduce RFID technology into the pearl cultivation process. Radio-frequency identification (RFID) chips are commonly used to track and identify objects, from automobiles to livestock. More recently, miniaturized RFID chips had been affixed to live ants in order to study their behavior.

Yan found that tiny RFID chips could be inserted into the bead that serves as the nucleus of a cultured pearl. The benefits, Yan explained, are twofold.

First, it's common for 10% to 20% of bead nuclei to be expelled by the oyster. Normally, farmers wouldn't know if the oyster contained a cultured pearl until it was opened during the harvesting process. Now, farmers can get a definitive answer with a simple swipe of a smartphone-based RFID reader.

Second, the RFID chip is a surefire way to confirm the origin of a cultured pearl, reducing the risk of misidentification or fraud.

Currently, only 10% of Hong Kong's 1,000 fishing rafts are in use. The rafts typically hold baskets of nucleated oysters that are regularly pulled from the water to be cleaned of barnacles and other parasites. There is plenty of unused raft capacity, but many young entrepreneurs are hesitant to join the fishing trade, according to Yan.

This past March, a small group of local pearl farmers inspired by Yan showed off their first harvest of Akoya cultured pearls. Based on that success, Yan is hoping that others will be convinced that cultured pearl production in Hong Kong can be viable and profitable.

“If I can show to the fishermen that they can make a living, diversify their income sources, then I think they will be interested in doing this,” Yan told the Hong Kong Free Press.