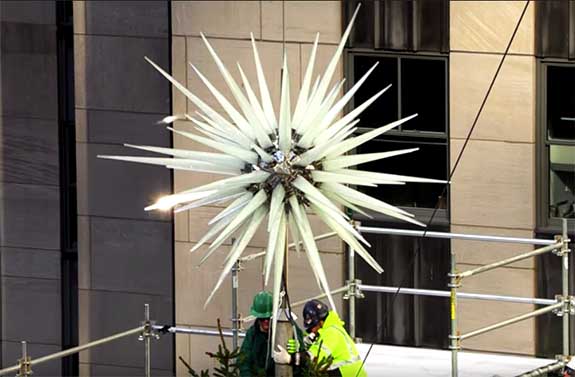 On Wednesday, a massive crane raised the Swarovski Star to the top of the Rockefeller Center Christmas Tree in preparation of the official lighting ceremony, which will take place on the evening of November 28. 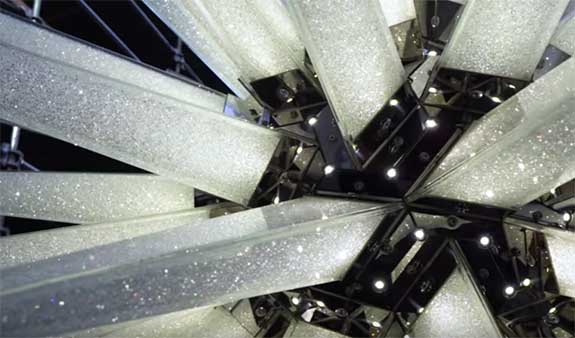 Each of the 70 rays of the Swarovski Star is designed to glow from within, with the light refracted by the crystal surface, creating a sparkling effect.

While the new star is about the same size as its predecessor, it is nearly twice as heavy and contains far more crystals. The previous star weighed 550 pounds and was studded with 25,000 crystals. 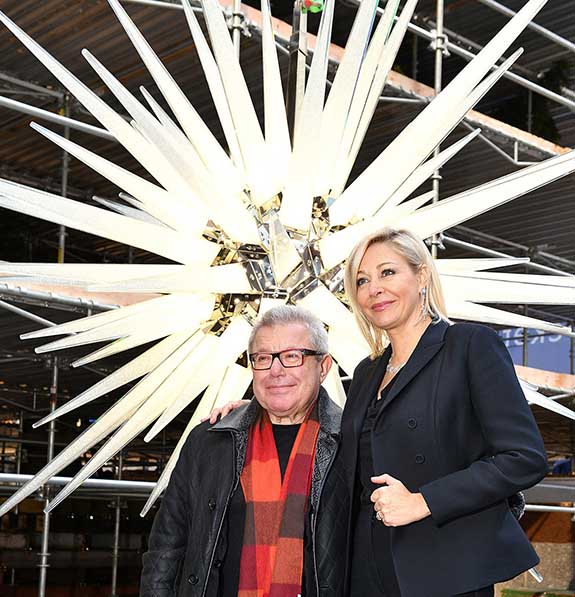 Libeskind, who created the master plan for the reconstruction of New York's World Trade Center site, said that the new Swarovski Star is inspired by the beauty of starlight — something that radiates meaning and mystery into the world.

"The Star is a symbol that represents our greatest ambitions for hope, unity and peace," he said. "I am tremendously honored to collaborate with Swarovski on the Star, and with the entire design team, to bring cutting-edge innovation and design to crystal technology."

Added Swarovski Executive Board Member Nadja Swarovski: "Each holiday season the Star brings joy to New Yorkers and visitors from around the world, and will shine as a beacon of hope for many years to come." 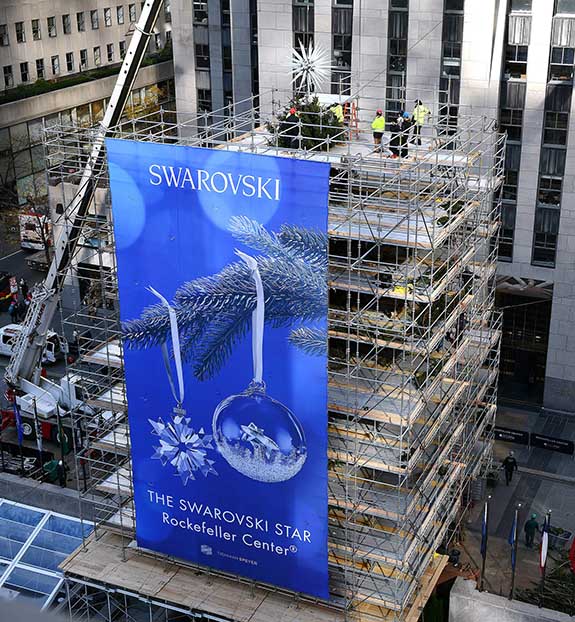 While the star majestically sits atop a 72-foot-tall Norway spruce on the Plaza, an exact replica will be displayed on the ground level so visitors can explore its design close up.

Rockefeller Center officially began the tree-lighting ceremony in 1933, when a Christmas tree was erected in front of the then-RCA Building and covered with 700 lights.