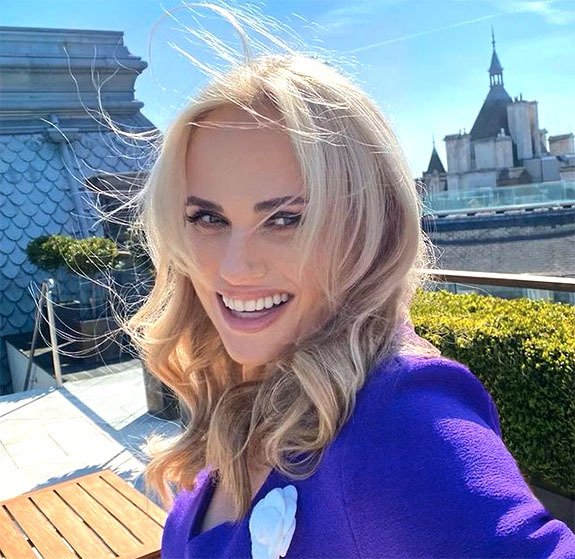 A gift of director Paul Feig, the ring features a pinkish-purple cabochon center stone and a bunch of fun references to the film. The movie made its debut on May 13, 2011.

In an Instagram Story, Wilson shared with her 9.8 million followers a short video of her manipulating the ring so it could be seen from all angles. Her caption read: "Thank you @paulfeig you classy gentleman! Can't believe it's been 10 years since BRIDESMAIDS." 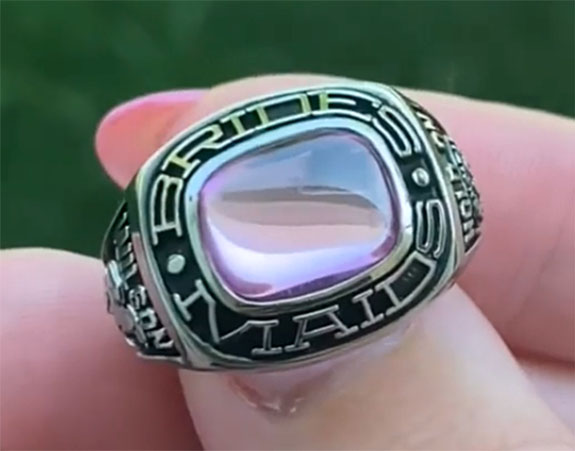 The top of the ring displays the title of film in raised white metal over a black ground. The pinkish-purple stone is likely a nod to the color of the bridesmaids' dresses worn by the cast. 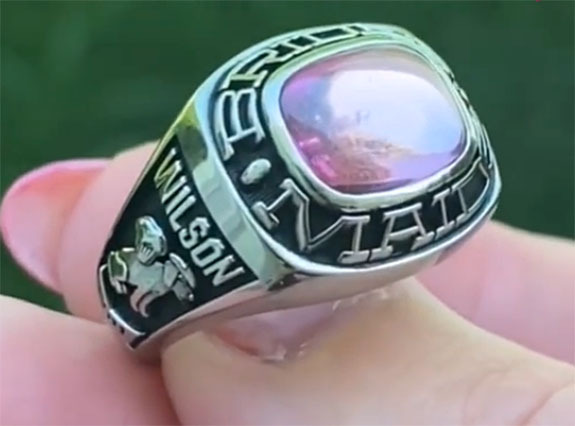 The left side has Wilson's last name spelled out in raised capital letters. Under the name is a puppy, which might be a reference to Wilson's current gig as the host of Pooch Perfect, an ABC competition show spotlighting the best dog groomers in the US. Or, the puppy might be a reference to an adorable scene in the film, where the bridesmaids are given puppies as gifts after the bridal shower. 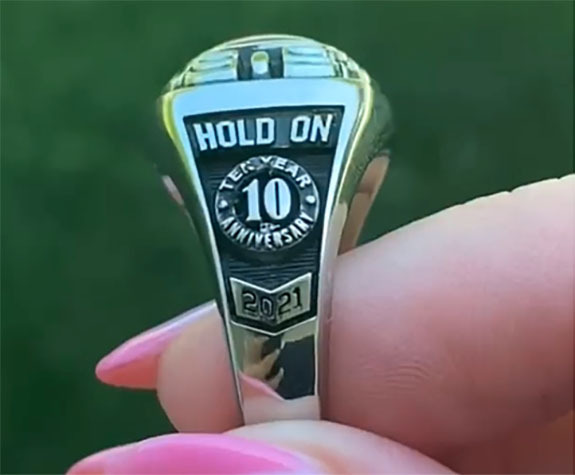 The right side of the ring displays the title of the movie's theme song, "Hold On" by Wilson Phillips. Just below the song title is a 10-year-anniversary emblem and the year 2021.

Fans of the movie will remember that Wilson played a small, but memorable, role as Kristin Wiig's character's obnoxious roommate, Brynn. Wilson's breakout performance led to roles in Pitch Perfect and What to Expect When You're Expecting.

"My character wasn't supposed to exist in the movie," she revealed on SiriusXM's The Jess Cagle Show earlier this year. "I'd auditioned for Melissa McCarthy's character and was the second choice for that role."

She continued, "I guess they liked my audition and added me into the film, essentially, so there was never supposed to be two roommates, only one."

With all the hoopla surrounding the 10-year anniversary of Bridesmaids, cast member Maya Rudolph was asked by Entertainment Tonight if she might return for a sequel.

She said she'd be "down" to participate, adding, "I guess it wouldn't be called Bridesmaids — it would be called Old Ladies or something."