A little more than seven months after capturing their first-ever MLS Cup with a thrilling 4-2 shootout win over the Portland Timbers, members of the New York City Football Club finally received their 2021 championship rings during a ceremony last Thursday night. 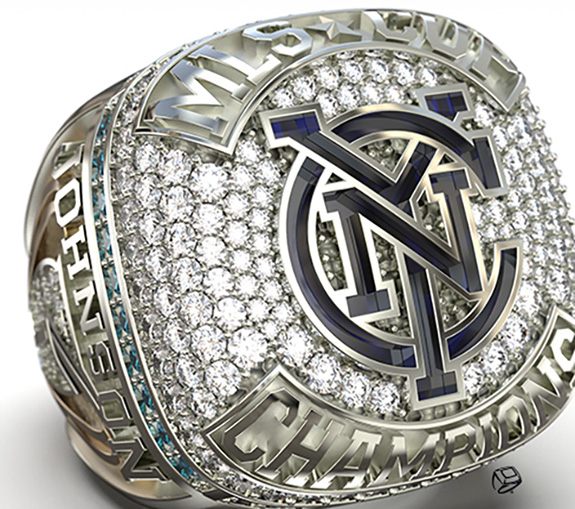 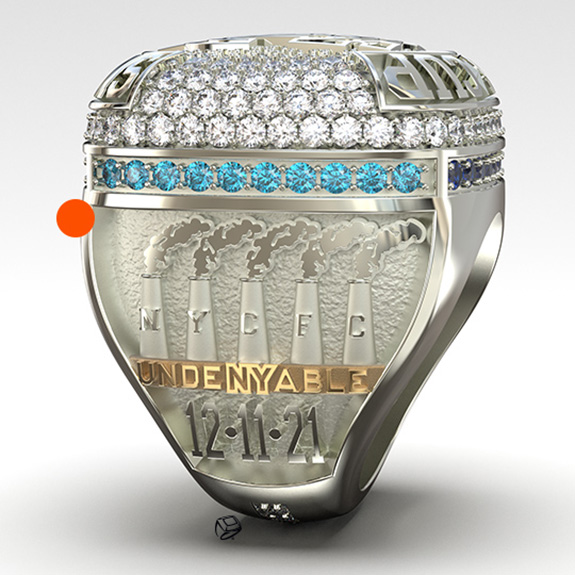 The right side of the ring pays homage to the team’s “UNDENYABLE” (the NY purposely outlined) slogan in yellow gold. Positioned above the slogan are the iconic NYCFC smokestacks, which are set off after every goal at home games to animate the crowd. Below the slogan is the date of the championship win — 12-11-21. Along the shoulder of the ring is a row of light blue gems. 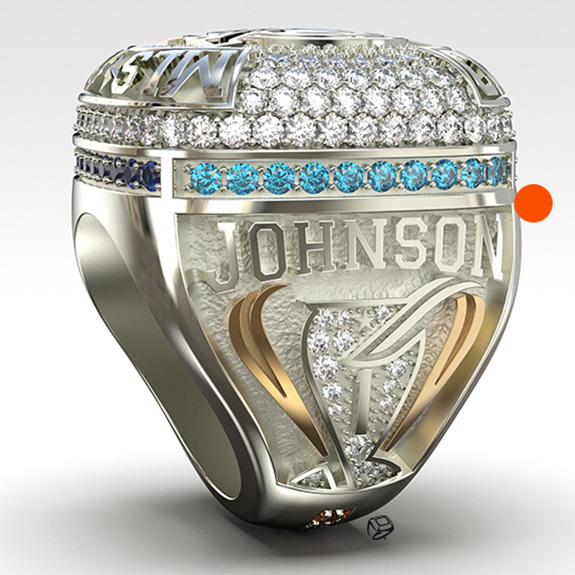 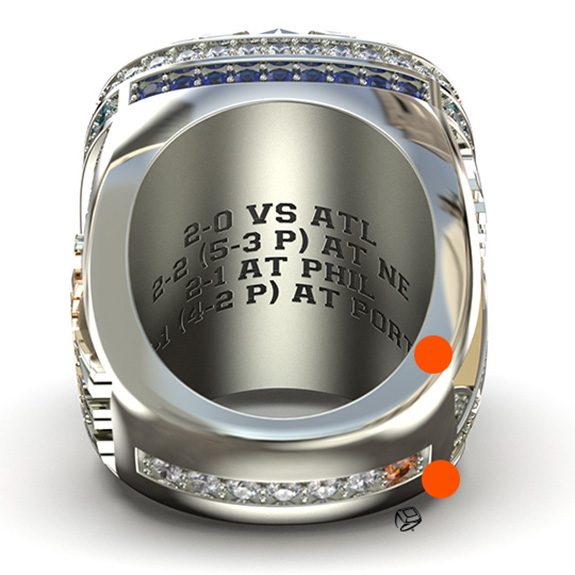 On the inside of the ring, an engraving shows the names of NYCFC’s playoff opponents along with the score of each game. The shank is set with seven stones representing the years the club has been in the league. Six are colorless diamonds, but the seventh is an orange stone representing the team's first-ever MLS Cup title.

During the championship game, the Portland Timbers evened the score at 1-1 with a dramatic 94th-minute equalizer at their home field, Providence Park. After a scoreless overtime session, the outcome was finally decided by a suspenseful shootout that saw NYCFC goalkeeper Sean Johnson stopping two Timbers attempts.

Prior to receiving their rings on Thursday, representatives of the team got to ring the Closing Bell at the Nasdaq MarketSite in Times Square.