A 3.47-carat fancy intense blue diamond set an auction record last Wednesday at Sotheby's New York when it sold for $6.66 million. The per-carat price of $1.92 million was the highest ever paid for a diamond of that color grade, breaking a record set only one day earlier at Christie's New York. That short-lived record holder weighed 3.09 carats and sold for $5.37 million, or $1.74 million per carat. 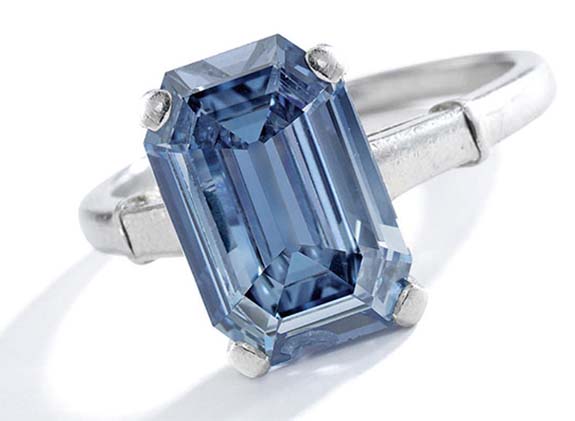 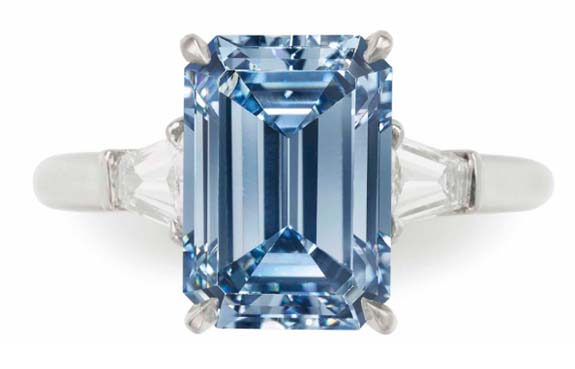 The 3.47-carat record holder was originally purchased after World War II by a Pan Am pilot. He gifted it to a Pan Am stewardess, who would eventually become his wife.

Robin Wright, senior specialist with the jewelry department at Sotheby’s, told barrons.com that woman wore the ring for many decades — during a time when colored diamonds weren't as fashionable as they are now. A tiny chip in the stone is evidence of a near calamity when the ring was accidentally dropped into a garbage disposal in the 1970s.

Wright told barrons.com that the family was “extremely pleased” with the auction result. “It’s a real American story,” she said.

In 2016, the Oppenheimer Blue became the highest priced gemstone ever sold at auction. The 14.62-carat fancy vivid blue diamond, dubbed “the gem of gems,” fetched an astounding $57.5 million at Christie’s Geneva. The Oppenheimer Blue's record has since been eclipsed by the 59.6-carat "Pink Star," which sold for $71.2 million at Sotheby's Hong Kong in 2017.

“Fancy Vivid” is the ultimate color classification for blue diamonds. Those that display lower levels of color saturation may be rated “Fancy Intense,” “Fancy,” “Fancy Light” or “Light,” according to the Gemological Institute of America. Blue diamonds get their magnificent color from trace amounts of boron atoms in the diamond’s crystal structure.