Welcome to Music Friday when we bring you awesome songs with jewelry, gemstones or precious metals in the title or lyrics. In the memorable opening lines of his 1996 hit, “Walls,” rock legend Tom Petty defines the essence of everyday life with this brilliant, yet simple, phrase: “Some days are diamonds / Some days are rocks.” 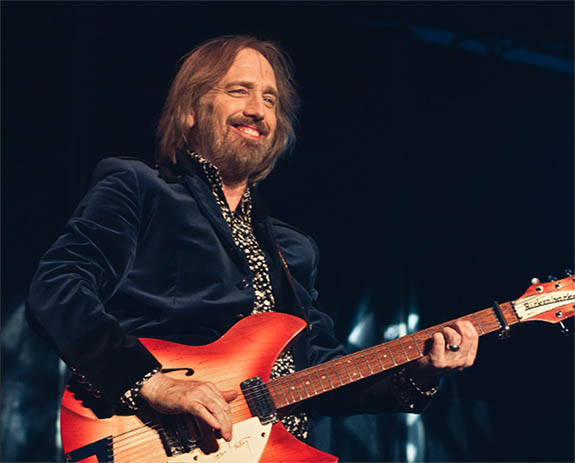 The song, which appeared in the soundtrack album from the movie, She’s the One, describes how the most beautiful and wonderful things in life are often fleeting. He relates this theme to a broken relationship that he hopes to repair. He’s not overly optimistic, however, because he “can’t hold out forever; even walls fall down.”

The song reflects a difficult time in Petty's personal life when his 22-year marriage was on the rocks. According to songfacts.com, Petty was living on his own in a rented house when he wrote "Walls."

Recorded by Tom Petty and the Heartbreakers, “Walls” peaked at #69 on the U.S. Billboard Hot 100 chart and #6 on the Mainstream Rock Tracks chart. The soundtrack album was certified gold after ascending to #15 on the Billboard 200 chart.

“Walls” was widely praised by rock critics. One reviewer cited it as “one of the all-time great Tom Petty songs; so good is it that it gets two performances on [the She's the One soundtrack], a loose-limbed version with harmonies by Lindsey Buckingham and a violinist, and a tighter-focused version.”

Established in 1976 in Gainesville, FL, Tom Petty and the Heartbreakers were still rocking’ in 2017 when Petty died of an accidental overdose one week after the end of the Heartbreakers’ 40th Anniversary Tour. The singer had been taking medications to alleviate pain from a serious hip injury.

Tom Petty and the Heartbreakers have sold more than 80 million records worldwide, putting them high in the ranks of the world’s best-selling bands. Petty was inducted into the Rock and Roll Hall of Fame in 2002. Rolling Stone magazine ranked him 91st on its list of the Greatest Artists of All Time.

Please check out Tom Petty and the Heartbreakers performing “Walls” on the Late Show With David Letterman in 1996. The lyrics are below if you’d like to sing along.

Sundowns are golden,
Then fade away.
And if I never do nothin’,
I’ll get you back some day.

‘Cause you got a heart so big it could crush this town.
And I can’t hold out forever; even walls fall down.

And all ’round your island
There’s a barricade.
Keeps out the danger,
Holds in the pain.

But you got a heart so big it could crush this town.
And I can’t hold out forever; even walls fall down.