Music Friday: Brett Eldredge Meets a 'Diamond' and Wants to Explore Her Secrets in 'The Long Way' May 4, 2018

Welcome to Music Friday when we bring you new tunes with jewelry, gemstones or precious metals in title or lyrics. In his 2017 release, "The Long Way," country star Brett Eldredge meets the girl of his dreams — his diamond — and wants to get to know her better by exploring her history and hometown. He'd love to see where her daddy met her momma, and learn about the "faults and glories" that made her the person she is today. 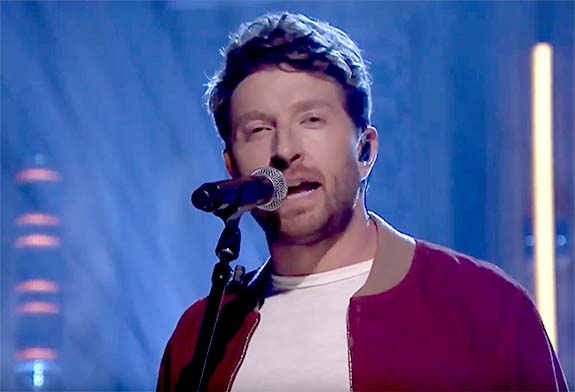 The recurring line, "Take me the long way around your town," reflects Eldredge's willingness to let the relationship develop slowly while he gets to know what's in her heart and soul.

Co-writer Matt Rogers introduced Eldredge to the basic premise of "The Long Way" during their first-ever songwriting session, and Eldredge added the part about exploring the girl's hometown.

"In a world where we don't have conversations anymore," Eldredge told Taste of Country. "I wanna sit down and have a conversation. Put away the phones, put away everything and I wanna get to know you as a person. I want to get to know your heart."

The 32-year-old admitted to ABC Radio, that the themes in "The Long Way" reflect the love he's hoping to find.

"I want to have somebody, along with me, along for the ride and share that with them," he told ABC Radio. "I'm opening up more to it, and I think now, yeah, something like 'The Long Way' is what I'm looking for."

"The Long Way" was the second single released from Eldredge's self-titled studio album. The single shot up to #7 on both the U.S. Billboard Hot Country Songs chart and the Billboard Canada Country chart. The album earned four out of five stars from AllMusic and placed #1 on the U.S. Billboard Top Country Albums chart.

Born in Paris, Ill., in 1986, Brett Ryan Eldredge was inspired as a child by the songs of Ray Charles, Ronnie Dunn, Bobby Darin and Frank Sinatra.

"My family started to have me sing the National Anthem at family parties," he recalled. "I'd get real nervous, and then someone would give me a candy bar or $5, and I'd sing. My body would shake. They'd call it the man voice, because I had this older voice coming out of a kid's body."

Eldredge signed with Atlantic Records in 2010 and performed at the Grand Ole Opry later that same year. He was named the CMA Awards New Artist of the Year in 2014.

Please check out the video of Eldredge performing of "The Long Way" on The Tonight Show Starring Jimmy Fallon in November of 2017. The lyrics are below if you'd like to sing along...

Don't think I've ever seen your kind of pretty
Wandering 'round this midnight mad house city
You got a look that says you got it all together
So if you don't mind, I'd like to know you better